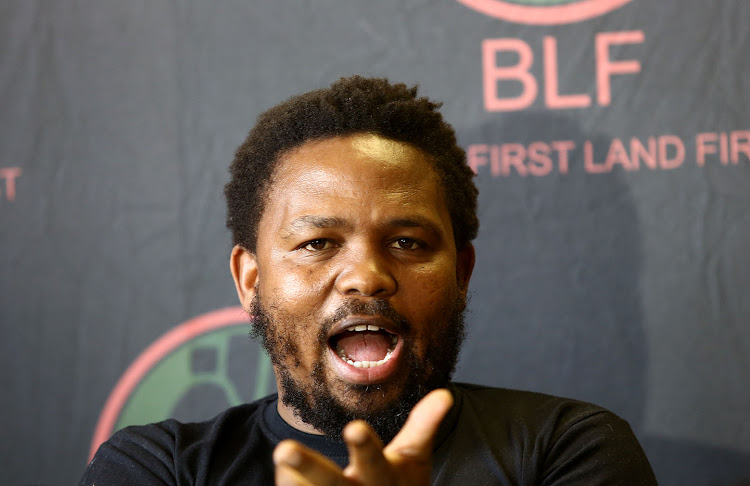 BLF leader Andile Mngxitama. The party that was recently deregistered for racism celebrated the deaths of four white pupils at a school and was due to defend itself against racial hatred charges but failed to arrive at the equality court on Thursday.
Image: Masi Losi

The racial hatred case launched by trade union Solidarity against Black First Land First (BLF) and its spokesperson Lindsay Maasdorp was on Thursday postponed until September 17.

Solidarity said the postponement came after the BLF simply ignored the court date for the hearing of the matter, despite papers being served on the party.

Judge Ratha Mokgoathleng ordered that a notice be placed in the Beeld, The Star and Sowetan newspapers because the case was of constitutional importance and the court required the presence of the BLF.

"For Maasdorp and the BLF, this merely postpones the inevitable. Their day of reckoning will come, and it will not be pleasant for them," said Anton van der Bijl, Solidarity’s head of legal services.

Solidarity filed the hate speech complaint against the BLF at the equality court on February 14 2019 after receiving a mandate from the parents of the Hoërskool Driehoek disaster victims.

A walkway collapsed at the school earlier this year, killing four pupils and leaving scores injured.

Maasdorp wrote: "I would 'mourn' the deaths of the victims if they turned out to be black but 'celebrate' them if they were white."

He further said: "If our God has finally intervened and our ancestors have petitioned and seen that these white land thieves have now died then I definitely celebrate it. I celebrate the death of our enemies, their children, their cats and their dogs. That is our position."