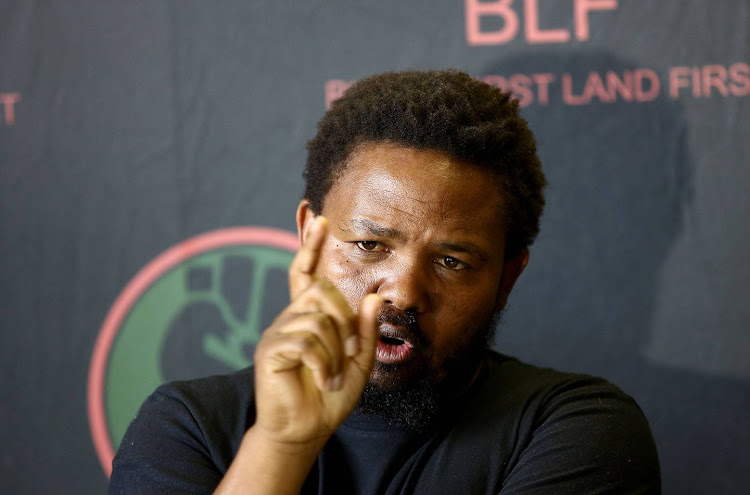 The Black First Land First (BLF) is considering launching an appeal against the Independent Electoral Commission's ruling to deregister the three-year-old party.

IEC spokesperson Kate Bapela confirmed on Monday that the commission found in favour of an appeal lodged against the registration of the Black First Land First (BLF) party by the FF Plus "on the grounds that the BLF excludes membership on the basis of race".

LISTEN | BLF vs FF+ a battle of political will

BLF leader Andile Mngxitama said they would not take IEC's ruling lying down. He said the party would read the judgement and consider whether they should take the IEC to the constitutional court or let BLF operate like an underground movement.

The commission defended the original decision to approve the BLF’s registration in 2016 as it said the BLF’s constitution did not expressly exclude white people from membership.

"However, subsequent admissions by the BLF in its response to the appeal had served to clarify the position of the party – namely, to exclude white people from membership.

The Freedom Front Plus (FF Plus) and Black First Land First (BLF) both claimed victory after a high court decision on Monday instructing the IEC to ...
News
3 years ago

This admission settles any ambiguity in relation to clause 4 that previously existed. It also resolves the dispute as to whether the BLF is a party with a constitution that entitles it to registration: It is not.

Section 16(1)(c) of the Electoral Commission Act gives the CEO (and, on appeal, the Commission) no discretion but to reject an application for registration if membership of a party is excluded on any of the grounds prohibited under subsection (ii).

“Consequently, the registration of the BLF as a party is unlawful on the grounds that it was prohibited under section 16(1)(c)(ii) of the ECA and is invalid,” the Commission ruled.

"The commission has written to the appellants and affected parties to inform them of the decisions," said Bapela.

FF Plus in a statement claimed the deregistration of the BLF as a political party was "a great victory for the whole of South Africa because racialism and intolerance, as was advocated by Mngxitama, must not be tolerated".

"It is unacceptable that the IEC violated the Act by registering the BLF in the first place. Legislation may not be seen as mere guidelines, it must be complied with. No one is above the law," the party said.