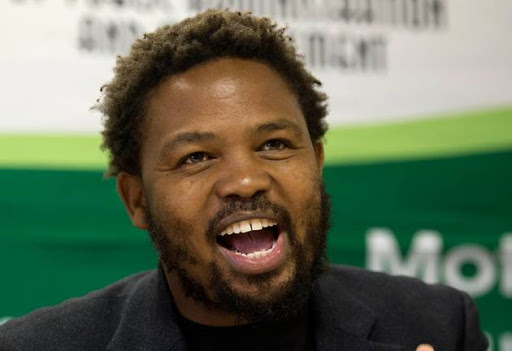 Andile Mngxitama initially was going to represent himself but then decided to apply for a postponement so he could brief counsel.
Image: Gallo Images / Beeld / Deaan Vivier

A hate speech case brought against Black First Land First leader Andile Mngxitama after he made controversial remarks about killing white people was postponed on Wednesday.

AfriForum took Mngxitama to the equality court over comments he made at a rally in Potchefstroom in North West on December 8 2018. Mngxitama urged supporters to kill five white people for every black person killed.

The equality court, sitting at the Johannesburg magistrate’s court, postponed the matter  to allow the parties to file documents and for Mngxitama to consult a legal representative.

The Black First Land First (BLF) is considering launching an appeal against the Independent Electoral Commission's ruling to deregister the ...
News
2 years ago

Khalipa Mafungo, Mngxitama’s lawyer, told the court he had received instructions only on Saturday. The postponement was to also allow media companies to file an application to film proceedings.

AfriForum did not object to the media recording proceedings.

“We can start by leading evidence in relation to the video of Mngxitama and have the matter part heard,” said Oppenheimer.

Mafungo submitted that allowing the media to film proceedings on Wednesday would be an ambush of the BLF, as he had not had enough time to prepare for the case.

Speaking after the matter was postponed, Mngxitama said his utterances about killing were in response to a statement allegedly made by businessman Johann Rupert.

“This case is not about what we said. It’s about what Johann Rupert said; Johann Rupert’s threat of unleashing a militia to the taxi industry. That is what we were responding to,” Mngxitama said.

Black First Land First (BLF) has called on the ANC to immediately suspend Cyril Ramaphosa as the party's president and remove him as head of state.
News
2 years ago

Roets said the BLF had previously indicated that they would represent themselves. “They arrived only this morning with a lawyer and the lawyer said he has not been fully briefed and they want the matter postponed.”

He said AfriForum believed the case should be covered by the media.

According to Roets, the BLF wanted to file a complaint against Johann Rupert and have the two matters joined.

“I don’t think it’s going to work like that. The two matters are only vaguely related,” Roets said.

He said AfriForum wanted the court to declare Mngxitama’s comments as hate speech and for him to apologise.

“We want the comments declared hate speech and for them to refrain from making that comment or similar comment in future.”