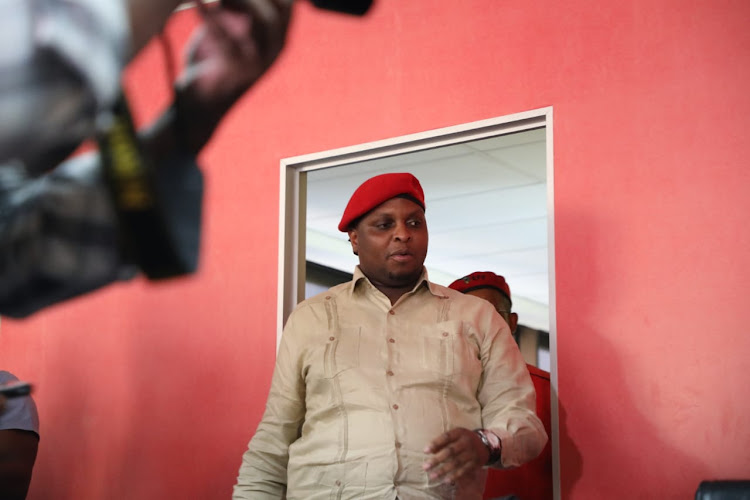 EFF deputy leader Floyd Shivambu has denied that the resignation of EFF MPs Tebogo Mokwele and Nkagisang Mokgosi was an example of "gender double standards".

This after claims made by a Twitter account in the name of ANC Women's League (ANCWL) president Bathabile Dlamini.

The account accused the EFF of having "double standards" where accountability was concerned.

Another example of "Gender double standards". As always, it is easy to remove women from positions of power and influence. Shame on you. https://t.co/SIfHELarb3

Responding, Shivambu said male "EFF commissars" would have done the same if they were caught in a similar situation.

He also asked why she had not gone to court in a bid to reverse the outcome of the ANC’s 54th electoral conference, alleging that a "female candidate" was "evidently robbed through money, which according to your rules wasn’t supposed to be used".

Shivambu was referring to the electoral conference that took place at Nasrec in 2017, which saw Nkosazana Dlamini-Zuma lose to President Cyril Ramaphosa.

Am sure even male EFF commissars would’ve done the same @CdeBathaDlamini. But wait, why aren’t in Court to reverse the outcomes of 54th Conference because a female candidate was evidently robbed through money, which according to your rules wasn’t supposed to be used. Proceed!

Mokwele and Mokgosi resigned on Tuesday after saying they had received R80,000 each from Ramaphosa’s CR17 campaign for the ANC presidency.

In statements, the women said their decisions to step down were based on the fact that they did not disclose the nature of their relationship with Ramaphosa, which involved an exchange of money.

"This follows a deep and careful introspection about the impact of my association with the president and the republic in which there was an exchange of money for my personal use; a total of R80,000 between 2017 and 2019.

"I have decided to save the organisation the painful time to subject me to a disciplinary process," read Mokwele's statement.

"My decision is based on the fact that I did not disclose the nature of my relationship with the ANC president, Cyril Ramaphosa, which involved an exchange of money.

"Non-disclosure of money, particularly from individuals in the enemy camp, is dishonourable and disingenuous. In this case, I am aware that it has compromised the integrity of our organisation and the revolution," Mokgosi said.