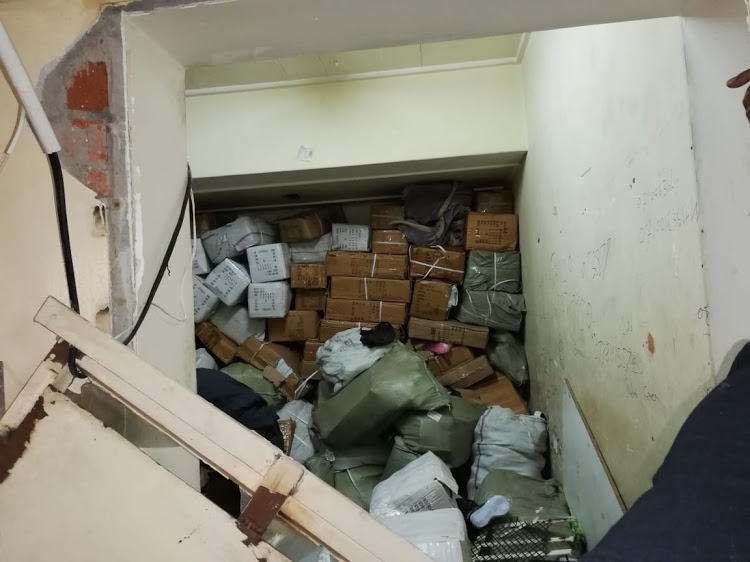 Gauteng police have arrested seven of their own for corruption and defeating the ends of justice for allegedly attempting to resell confiscated goods to illegal traders.

Police spokeswoman Brig Mathapelo Peters said a Warrant Officer and four Constables were arrested at the Johannesburg Central police station after trying to resell goods confiscated from the Okae Molao operation that took place in the CBD on Wednesday.

“In the second incident, two members from the Tactical Response Team were arrested after police investigated a possible leak of information about the planned operation in the Johannesburg CBD. The two were linked through investigation and on an eye witness account,” Peters said.

She said police believe the loot found in the 46 vehicles in the basement parking at Lister Building, could be the cargo that was removed the night after illegal traders had received a tip-off.

Peters further said that over 560 undocumented foreign nationals were taken in for processing and that their status in the country will be determined by the Department of Home Affairs while the Local Criminal Record Centre from the SAPS will determine criminal records.

“A suspect was arrested for illegal possession of firearms and ammunition after six rifles, six pistols, four shotguns and hundreds of ammunition of varying calibres were found in one room on the 12th floor of Medical One Shopping Centre in Rahima. The firearms will be subjected to ballistic testing to determine possible usage in the commission of crime,” she said.

She said large consignments of counterfeit goods including clothing and sneakers were found in different buildings, but their monetary value was yet to be determined.

Gauteng Provincial Commissioner of police, Lt-Gen Elias Mawela said he hoped the arrest of their own members will inspire hope in Gauteng residents.

"We certainly hope that the arrest of seven of our own will prove to the people of Gauteng that we are serious about eradicating crime, even if it means arresting our own. No one is above the law," Mawela said.