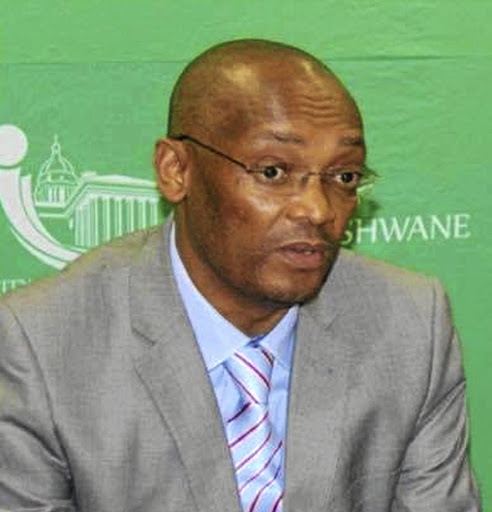 The drama between the City of Tshwane and its beleaguered manager Moeketsi Mosola took another twist on Wednesday when he was placed on special leave.

The special leave was confirmed by the office of the City of Tshwane's executive mayor Stevens Mokgalapa.

"This means the city manager remains in his position until 31st August 2019 subject to finalising the separation agreement," mayoral spokesperson Omogolo Taunyane wrote in a media statement released on Wednesday.

"The city looks forward to seeing this process to its end in the interest of residents as a priority," he said.

Mosola, who earns R2.5m per annum, goes on special leave after the city's employees went on strike, demanding an 18% salary increase after getting wind that Mosola will be getting a R7.5-million payout to exit the company before his contract ends in 2022.

The discontented workers, who embarked on an unprotected strike on Monday, used buses and other municipal vehicles to block roads leading into the city.

Gauteng MEC for cooperative governance Lebogang Maile has written a letter to the City of Tshwane mayor about the alleged R7m golden handshake ...
News
3 years ago

Taunyane said the city, along with SA Municipal Workers Union and Independent Municipal Allied Trade Union, have agreed to resume cociliation on Thursday.

Sowetan reported on Monday that the separation agreement between the city and Mosola states that the manager, whose five-year contract ends in 2022, will be paid in full the remaining remuneration.

“The parties hereby agree with each other to mutually and amicably terminate the employment relationship between Dr Mosola and the City of Tshwane,” the separation agreement reads in part.

He was implicated in the Bowmans report which found the appointment of engineering consultants Glad-Africa Group was irregular.

The city council and Mosola, however, agreed that the Bowmans report would be wholly disregarded despite it being at the centre of one of two failed attempts to suspend Mosola.

City of Tshwane and Moeketsi Mosola have agreed to part ways “amicably ” this week in a move that will see the embattled city manager pocket about R ...
News
3 years ago

The R7.5m paid out to City of Tshwane manager Moeketsi Mosola is at the centre of the municipal workers' strike as they brought the Pretoria CBD to a ...
News
3 years ago
Next Article