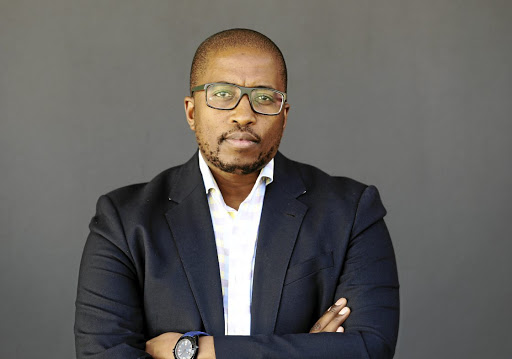 Sunday Times editor Bongani Siqoko has been subpoenaed by the Hawks in connection with an investigation into claims that former Eskom executive Matshela Koko was asked for a R3m bribe by a person claiming this would avert a negative article.

The alleged solicitation of a bribe was by someone claiming to be acting on behalf of Mzilikazi wa Afrika, a former Sunday Times senior reporter, to prevent a story being published in 2017.

Gauteng Hawks spokesperson Capt Ndivhuwo Mulamu confirmed they were investigating the matter. No arrests had been made.

Koko claims in his complaint he was approached in May 2017 by a man named Walter Sithole, who told him that "detrimental" information about him was due to by published in the Sunday Times.

He claimed the story was about Impulse International - a company of which Koko's stepdaughter Koketso Choma had been a director and which had been awarded several large contracts by Eskom.

Koko said Sithole told him that a journalist from the paper, Wa Afrika, was going to write the story, and had shown him a list of news stories planned for that week, which included the detrimental story.

According to a statement by investigating officer warrant officer Samuel Khalo, which the Sunday Time has seen, Koko claims Sithole told him he had been working with Wa Afrika for years and had influence over him. He said that as a result, he could arrange for Wa Afrika not to publish anything detrimental about Koko.

Koko claims he asked Sithole what proof he had that the story would not be published. Sithole said he would go back to Wa Afrika and tell him not to publish the story and to provide proof of this before the scheduled date of publication.

In an emotional end to his testimony at the state capture inquiry, former Eskom fuel sourcing manager Johann Bester said he could not confide in, nor ...
News
3 years ago

Koko said that on May 6, the evening before the publication date, Sithole brought him an "editor's copy" of the page. He claims the photostat contained a story about Eskom, but nothing detrimental about Koko or Impulse. Koko said the allegedly detrimental information had indeed been omitted from the paper.

After that newspaper edition was published, Koko said Sithole had demanded R3m from him, saying it was for Wa Afrika's benefit, for not publishing the story about Koko and Impulse.

I never took any bribe from anyone to influence any story

Shortly after the Hawks approached Siqoko about the complaint last October, he submitted an affidavit to them.

In it, the editor stated: "I have no reason to believe that the allegations by Mr Koko are true."

"I understand that Mr Koko is not speaking from first-hand experience but bases his allegations on a source. Moreover, the allegations are so improbable that they can hardly be taken seriously," said Siqoko.

"Merely because a certain issue is listed as a possible story for the next edition of the newspaper does not mean that story will invariably be published. Typically, ideas are floated for possible stories at the start of the week. . . Those ideas are debated and investigated. Depending on the information that comes to hand or fails to come to hand, certain ideas may change completely and others may be abandoned.

"Ultimately the final call on what will and what will not feature in the newspaper is an editorial decision, and not a decision made by any individual journalist. [A decision on ] how the final newspaper will look is often made as late as the Saturday evening before publication and that may well be substantially different to what was planned at the start of the week."

Contacted for comment over the weekend, Wa Afrika denied the allegations, saying it was “just a smear campaign to get back at me for exposing him [Koko]”.

He said the matter had been dealt with last year when the Hawks approached Siqoko and that he had never been contacted by the Hawks.

“I exposed Matshela Koko, my stories about him were published in the Sunday Times. . ."

Former Eskom boss Matshela Koko has been vocal about the woes confronting the state-owned power utility.
News
3 years ago

On the date in question, he said: "I had no story on my diary about Matshela Koko to be published on May 7, 2017. The Hawks investigated the matter and even came to speak with the editor and it was confirmed that there was no such a story on my diary."

Wa Afrika further said: “I have never spoken to Koko about any story and if he had any deal with Walter Sithole, it has nothing to do with me. . .

"I never took any bribe from anyone to influence any story."

On Sunday, Siqoko said: "I can confirm that I have been subpoenaed to appear in court or hand over a copy of our diary of stories to the Hawks investigators. We have given it to our lawyers who will advise us on how to handle this."

Koko said he would not comment further. "This matter is already with the police and I am happy with the progress the police have made. I comment no further."