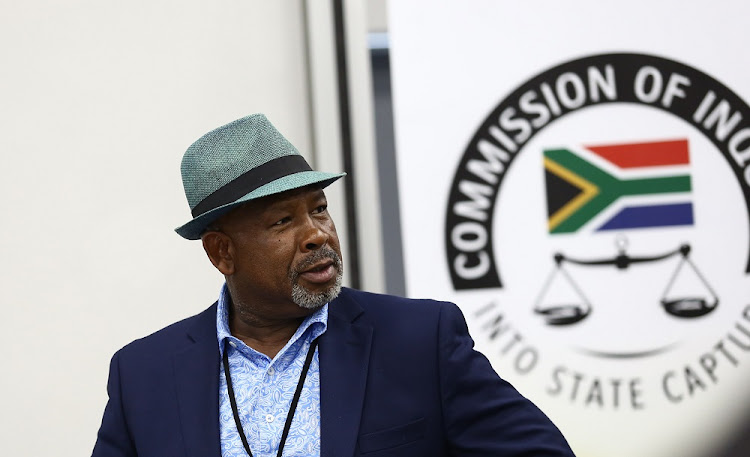 Eskom has laid criminal charges with the Hawks in relation to the power utility's coal supply agreement (CSA) with Gupta-owned Tegeta and will start pursuing civil claims‚ board chair Jabu Mabuza said on Friday.

Mabuza was the first witness to testify at the state capture commission of inquiry about the financially distressed parastatal.

He was appointed as Eskom board chair in January 2018 as part of a plan to clean up the power utility. Eskom was one of the state-owned enterprises that was at the heart of the state capture project and was used to loot billions of rand.

Mabuza was asked on Friday about the action the new board had taken following the release of a Treasury-commissioned forensic report into a coal supply agreement between Eskom and Tegeta‚ in which glaring irregularities and illegalities were found.

When Jabu Mabuza took over as Eskom board chairman‚ the embattled power utility was the “main theatre” for corruption and state capture.
News
2 years ago

The report‚ released in November‚ found that senior Eskom executives and officials also violated anti-corruption laws for a R659m "prepayment" to Tegeta.

The report recommended criminal investigations into the likes of former officials Matshela Koko‚ Anoj Singh and Suzanne Daniels‚ as well as board members over the prepayment. It also recommended that Singh and Koko be investigated for misrepresenting facts on the matter before parliament.

Mabuza said that since he had compiled his statement for the state capture commission‚ the Eskom board had started taking action on some aspects of the Treasury report.

"Some [action] will continue‚ some land in the area of criminal charges being laid … but others we are embarking on are of a civil nature‚" he told the commission.

Without naming anyone‚ Mabuza said it involved people in political office‚ people on the Eskom board‚ support staff of some board members and executives in different positions at the utility.

"We have laid criminal charges and handed it over to the Hawks and SIU [Special Investigating Unit] and now we will start pursuing civil claims‚" he said.

Maleka said the eight had been given notice but had not responded as yet.

Those implicated are given an opportunity to apply to cross-examine witnesses who implicate them.

The Zondo commission must summon those implicated in state capture allegations to compel them to provide their version of events.
News
2 years ago

ANC MP Zukiswa Rantho has attacked former acting boss of Eskom Matshela Koko, calling him a loyal servant of the Guptas and a "possible criminal".
News
2 years ago

President Cyril Ramaphosa announced on Thursday that troubled power utility Eskom would be broken up into three separate entities.
News
2 years ago
Next Article