'I chained my girl to shield her from harm' 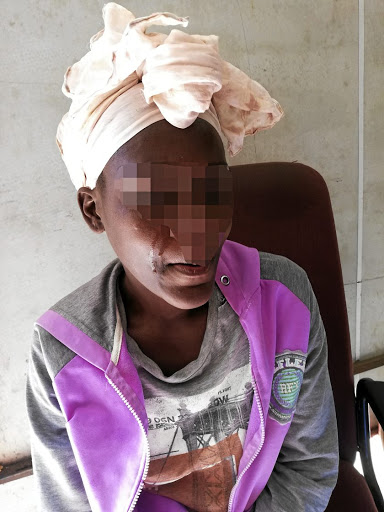 The Bela Bela mother of a disabled girl says she was trying to protect her./Peter Ramothwala

A 30-year-old mother has admitted to chaining her disabled daughter, 12, to a chair in their home, but says she only did so to protect her.

The mother of three from Bela Bela Extension 9, Limpopo, appeared briefly in court on a charge of child neglect.

She was arrested on Tuesday after police received a tip-off about the girl who was tied to a chair and locked inside the house.

Speaking to Sowetan from her holding cell at the court, the mother said she did not mean to hurt her child.

"I'm asking for forgiveness from everyone out there who thinks I'm a bad mother. I'm sorry, I was protecting her from going out and roaming the streets.

"I didn't know I was doing something wrong. Whoever reported me should have come to warn me about it. I would have listened, now I'm in trouble with the law and I don't know where will I get the bail money. Worse, I'm worried about my two other children," said the weeping mother.

Mom who chained, locked up disabled child gets R500 bail

A 30-year-old Limpopo woman accused of child neglect after she chained and locked her disabled child in a room was released on R500 bail on Thursday.
News
1 year ago

She said her daughter was born with mental and physical disabilities.

She said she was not sure what the condition was, but her daughter was unable to walk or feed herself.

"I had just prepared and fed her soft porridge in the morning. Then I decided to go claim a R50 owed to me by someone who lives not far from us," she said, adding that this was the first time that she had left her chained and alone in the house.

"I wanted to get the money and buy paraffin, so I can prepare a proper meal. When I returned within an hour, I found the police waiting for me."

The mother said she rolled a doek and used it to tie the minor.

"I can't even look for a job, because she needs my full attention. Police have looked at her body, she doesn't have a scar or anything that speaks of abuse," she said.

The girl and her two-year-old brother were taken away and put in a place of safety. The other son, seven, lives with the mother's sister.

Mom arrested for allegedly chaining her disabled daughter to a chair

Limpopo police arrested a mother for allegedly chaining her disabled daughter to a chair in a locked room on Tuesday.
News
1 year ago

Police spokesperson Col Moatshe Ngoepe said the mother, who cannot be named to protect the identity of her children, is facing a charge of child neglect after they received a complaint from a concerned neighbour about a parent who is allegedly abandoning a child.

"The case against her is postponed to August 19 for further investigations and for her to obtained the services of the Legal Aid SA," he said.

The mother was granted R500 bail, but had not paid it at the time of going to print.

None of her family members were in court.

The woman said her boyfriend came to see her after her arrest, but has not returned since.

A resident said she was shocked to hear that the mother was arrested.

"I know her and the child as well. She is always carrying the child on her back wherever she goes.

"She doesn't drink or party. But I know she likes playing cards," she said.

A Limpopo man was on Tuesday apprehended by the police after allegedly raping a 28-year-old mentally challenged woman.  Police also arrested the ...
News
1 year ago
Next Article