Mom who chained, locked up disabled child gets R500 bail 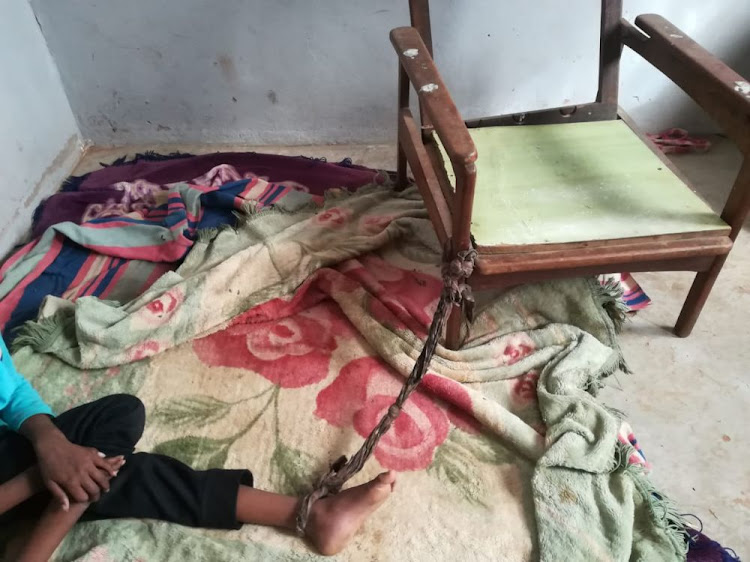 Limpopo police arrested the 30-year-old mother for child neglect after she allegedly chained her disabled daughter to a chair in a locked room in their Bela Bela home.
Image: Supplied/SAPS

A 30-year-old Limpopo woman accused of child neglect after she chained and locked her disabled child in a room was released on R500 bail on Thursday.

The mother was arrested on Tuesday and made her first appearance on Thursday in the Bela Bela magistrate's court on a charge of child neglect.

"She was granted R500 bail but is still in custody as no one paid for her. The case was postponed to the August 19 2019 for further investigation," said police spokesperson Col Moatshe Ngoepe.

Concerned community members alerted police about the child whom they said was not being treated well by her mother and was often locked alone inside a room in their house.

Police reacted swiftly and found a disabled 12-year-old girl chained to a chair in a locked room. The mother was arrested immediately, said Ngoepe.

Mom arrested for allegedly chaining her disabled daughter to a chair

Limpopo police arrested a mother for allegedly chaining her disabled daughter to a chair in a locked room on Tuesday.
News
2 years ago

Mom humiliated by birth in car

Clinic should not have been closed, she says
News
2 years ago
Next Article