Zuma denies ever being at the Gupta house with Mentor 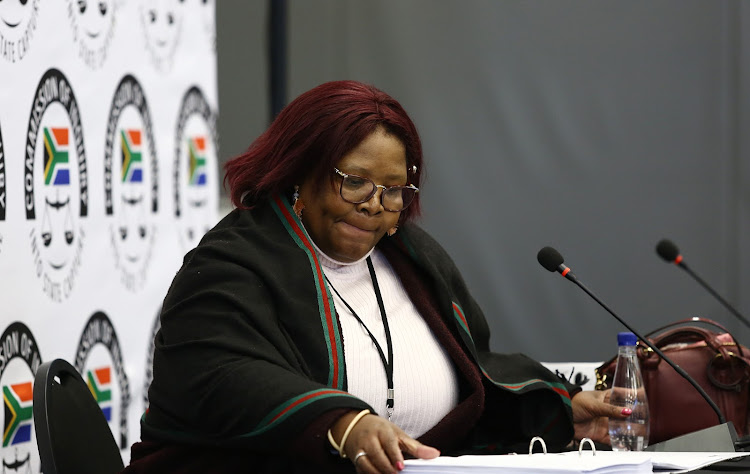 Former president Jacob Zuma has denied ever being at the Gupta compound in Saxonwold at the same time with former ANC MP Vytjie Mentor.

Zuma was responding to allegations made by Mentor when she appeared before the state capture commission earlier this year where she claimed that the former president was at the Gupta house with her when one of the brothers, Ajay, offered her a ministerial position.

In her evidence, Mentor claimed that Ajay said he would put in a good word with Zuma to appoint her as minister of public enterprises in a looming cabinet reshuffle. She said that Ajay said this would be a done deal if she agreed to facilitate cancellation of South African Airways' (SAA) Mumbai route.

All the interaction between Ajay and Mentor is said to have happened in October 2010.

Mentor said that she could not fathom how Ajay was in a position to offer her a ministerial position and when she became confrontational, Zuma emerged from a room nearby and asked her to calm down.

“No, there is nothing of that nature. I know nothing of entering some room,” Zuma said, adding that he knew for a fact that he was never at the Gupta house with Mentor. “No, never,” he said.

Zuma said he never discussed any of his cabinet reshuffles with the Guptas. He added that if Ajay had known about the reshuffle, he would have learnt about it from other people.

“I consulted very selected people and few people. I always consult, at no stage I could do the reshuffle without people knowing for an example the [ANC] top six as well as the [tripartite] alliance top six or five,” Zuma said.

Zuma was also questioned about the state visit to China in which Mentor claimed that “a Gupta” called her, saying he had been sent by the president to collect her for a meeting at the Chinese state guesthouse.

First, Zuma did not recall the visit, saying he had had many state visits to China.

“I don’t remember them [Guptas] in any state visits. What would they be doing? They have nothing to do with the state visit.”

Zuma downplayed the role of the business delegation. “No one of those business people would play a prominent role in the visit. They don’t participate in the business of the state.”

Zuma said he did not recall sending anyone to arrange a meeting with Mentor.

Mentor said she believed her removal from her position as chairperson of the portfolio committee on public enterprises was directly linked to what happened in China.

Former president Jacob Zuma continues his testimony at the Zondo commission of inquiry into state capture on July 16 2019. NOTE: Session starts at 14:00 CAT.