Model Mirriam Ngomani out of hospital 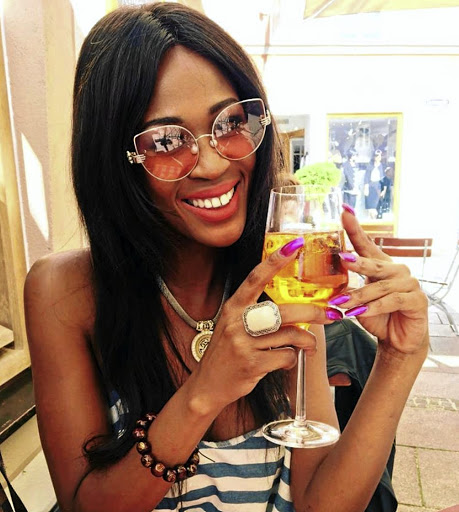 Police have not made any arrests in the racial attack on a top model and her fiancé at Time Square in Pretoria despite the attackers being caught on camera.

Botsang Moiloa, a family spokesperson, said personnel at the casino in Menlyn, told him that model Mirriam Ngomani and her partner Tobias Zehetletiner's alleged attackers were regular patrons and played for a famous rugby club.

Ngomani was left with a broken leg, while Zehetletiner suffered injuries in the face following the racial attack in which Ngomani was allegedly called the k-word and a monkey in the early hours of Thursday.

Gauteng police spokesperson Capt Mavela Masondo said police have opened a case of assault with intent to cause bodily harm.

He said no arrest had been made and the investigation was continuing.

Ngomani was discharged from a Pretoria hospital yesterday.

Moiloa said Ngomani and her partner will be "going home to recover and get support from families and friends".

Molioa said the names of the attackers were known to the family.

"The names and identities of the perpetrators are known to Boinelo Management Solutions (BMS), SAPS and casino management.

Model Mirriam Ngomani says she will lodge a civil claim against her racist attackers who assaulted her yesterday and left her with a broken leg.
News
2 years ago

"In order to allow the law enforcement authorities to conduct a proper investigation, the family together with BMS has agreed to not divulge the names and identities of the racial perpetrators at this moment," said Moiloa.

"At the moment, BMS and victims would like to treat the allegations as such until proven and the law can take its course."

Last week, Time Square general manager Brett Hoppe confirmed to Sowetan the incident happened in their premises but said they "vehemently refute the version of the incident as previously reported".

Hoppe said: "Time Square does not tolerate racism or acts of violence and responds immediately should we encounter this. Our extensive video footage is considerably at odds with initial media reports and allegations made.

"We have handed the footage to the SAPS for investigation."