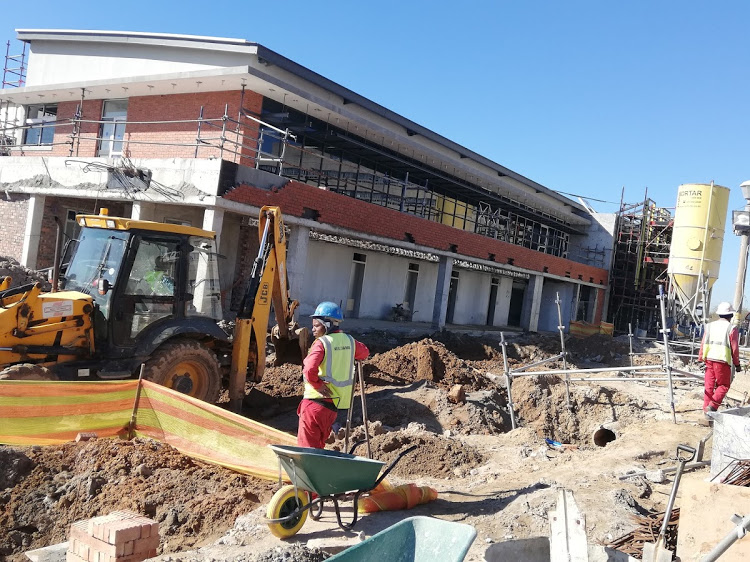 The new mortuary in Observatory, Cape Town, is two-thirds complete and will admit its first body in January.
Image: Sipokazi Fokazi

Cape Town's soaring murder rate means its new mortuary will already be too small when it opens next year.

Professor Lorna Martin, head of the forensic pathology service in the Western Cape, said even though the R281m Observatory building is more than double the size of the existing Salt River mortuary, it will not cope.

"Even though this is new and we are moving in, it's already not big enough," Martin said during a media tour of the morgue. With the increase [of the amount of murders] that we've now had lately, I don't think we will cope."

Martin said the upsurge in murders meant there were also too few pathology staff.

"We are working very hard to ensure that we do have enough human resources to staff this. But there is risk because there are always budgetary constraints," she said.

In the past week, the state mortuaries in Salt River and Tygerberg had admitted 170 bodies, said Martin.

Almost 1,300 murder victims arrived at the mortuaries between January and April, leading to warnings that Cape Town risks becoming the world's most dangerous city.

The Zwelibi family of Lower Crossroads are in shock after three of their children were shot dead on Saturday in Philippi.
News
3 years ago

Unidentified bodies were fuelling the crisis, she said, occupying about 130 of the storage fridges at Salt River. Martin said that at Salt River, space constraints had resulted in bodies being stored in refrigerator shipping containers.

"Here, hopefully, we won't have the containers, but if we have murders at this rate what else is there to do?" she asked.

Although by law health authorities can keep unidentified bodies for only 30 days, in reality they are kept for months until police can identify them.

The new three-storey building, at the entrance of Groote Schuur Hospital, will enable better integration of forensic pathology services, the National Health Laboratory Service and academic staff from the University of Cape Town.

There will be 360 refrigerated body spaces, 180 admission fridges and 180 dispatch fridges.

It would also accommodate students training in pathology, and crime investigators.