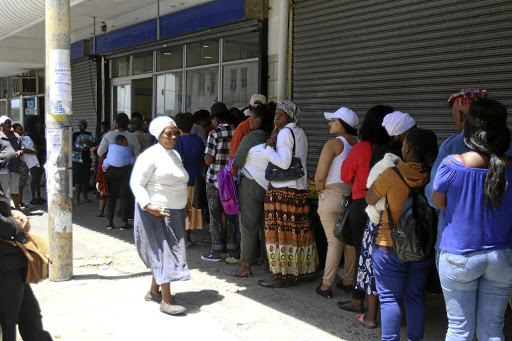 Thousands of social grant beneficiaries have been targeted in a scam in which their social grants were fraudulently deposited into unknown bank accounts.

The latest scam which is prevalent in the Eastern Cape, KwaZulu-Natal and Limpopo has seen around R3m meant for poor beneficiaries go into the accounts of fraudsters.

An insider at the South African Social Security Agency (Sassa) said the modus operandi involved the fraudulent, was the changing of the method of payment for a social grant recipient.

The updated details would feature an unknown bank account where the grants would be paid into without the beneficiary's knowledge.

The funds would then get withdrawn within 15 minutes after money has been deposited, the insider said.

"For example, all amounts meant for social grant beneficiaries, from hundreds of accounts, get withdrawn from one bank branch in the Eastern Cape," the insider said.

The South African Social Security Agency (Sassa) has put a "stop payment" instruction on 2‚800 social grants accounts it has identified as being ...
News
2 years ago

The police's elite investigative unit, the Hawks, which Sassa has referred the matter to, has already made more than 10 arrests in the Eastern Cape alone.

"We are still going to verify the records of transactions made with Sassa to determine the scale of the problem, but it's a big crisis," Mulaudzi said.

He said the Hawks have received dozens of individual complaints from people in Limpopo and KwaZulu-Natal.

He said their biggest challenge was that not all affected social grant recipients who did not receive their grants often reported the matter.

"We urge all affected Sassa beneficiaries to report these cases to their nearest police stations, so that we can be able to attend to them," Mulaudzi said.

Sassa has already identified potential fraud cases on 2,800 accounts from different banks and the South African Post Office (Sapo), with the vast majority of these cases being from the Eastern Cape, spokesperson Paseka Letsatsi said.

"As a precautionary measure, Sassa requested banks and Sapo to stop payment on those accounts. This is done so as to prevent fraudulent activity on those accounts by preventing funds from being drawn during the July payment cycle and subsequent ones if necessary," Letsatsi said.

An alleged Limpopo loan shark accused of confiscating the cards of social grant beneficiaries was released on bail on Friday.
News
2 years ago

He said any innocent and affected beneficiaries, whose payments have been stopped, are advised to make an affidavit at police stations.

"The affidavit should confirm the correctness of bank details and account holder details. After making an affidavit, a beneficiary must take their bar-coded or smart card ID together with the completed affidavit to Sassa. Those using personal banks must bring along proof of banking details from their banks," Letsatsi said.

Capitec, one of the banks used in the scam, told Sowetan it used biometrics to confirm the identity of prospective clients with the department of home affairs.

"Again it is possible for legitimate accounts and account holders committing fraud by using their Capitec Bank accounts," a Capitec spokesperson said.