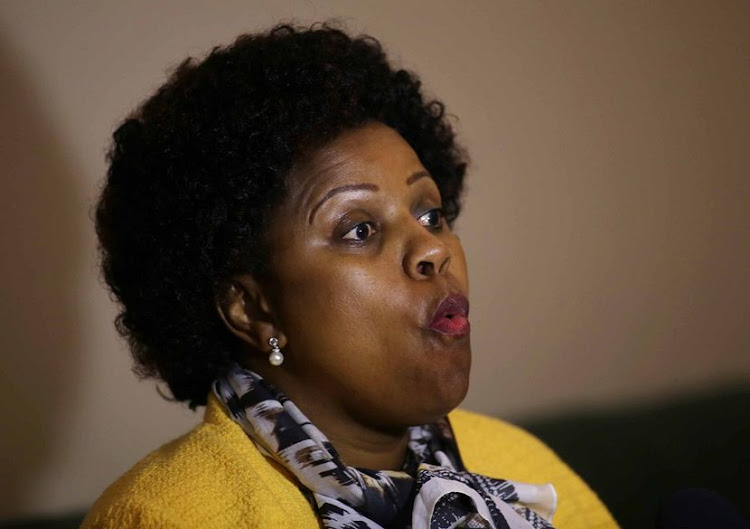 Allegations that SA Airways (SAA) staff faced pressure to comply with dubious instructions‚ how the airline's board micromanaged tenders and how employees were suspended for non-compliance.

These are some of the topics the state capture inquiry is expected to hear on Monday when former SAA general manager of human capital Mathulwane Mpshe takes the stand.

Her testimony comes on the back of evidence provided by the airline's former chief procurement officer‚ Masimba Dahwa‚ on Friday.

Dahwa began his testimony by describing how a former non-executive director at the airline‚ Yakhe Kwinana‚ and board chairperson Dudu Myeni allegedly instructed that 15% of the work on contracts relating to ground-handling services and jet fuel supply be handed over to a group of 60 local companies - this without following regular procurement practices.

He said Kwinana wanted to use a shell company‚ Quintessential Business Consulting‚ as an umbrella body under which the 60 companies would be contracted by SAA.

This was to be done under the guise of transforming SAA's contracting.

The companies would be handed a share of contracts relating to ground handling services - at the time awarded to international consortium Swissport - and jet fuel supply contracts awarded to Engen.

Dahwa made reference to a set of e-mails in which the instructions were handed down.

"I raised this specific concern with the head of legal. I asked her how I was going to be able to justify appointing a pre-selected entity without having gone out on open tender to procure the most cost-effective service provider for SAA‚" he said.

"I tried all tactics possible to evade signing the [letters of agreement]. I eventually informed them [Myeni and Kwinana] that there was some information pertaining to the matters that I required from other role players‚ and they were not available. They kept trying to pressure me to sign‚" said Dahwa.

Mpshe is expected to expand on this deal‚ as well as others outlined in Dahwa's testimony.

The state capture inquiry heard on Wednesday how a culture of fear engulfed South African Airways (SAA) under Dudu Myeni and how the airline's little ...
News
3 years ago

It was when Malusi Gigaba took over as public enterprises minister that governance issues crept in at the national carrier.
News
3 years ago
Next Article