'Everytime I look at these wires, I remember how my grandson died,' says East London grandmother 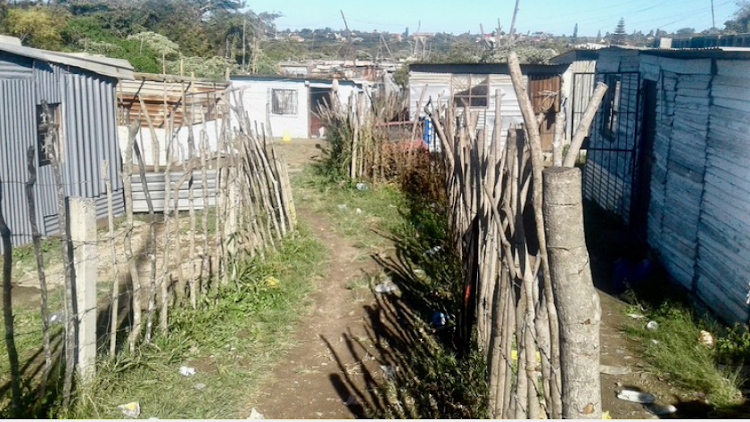 “Everytime I look at these wires, I remember how my grandson died,” says Khalipha Soso.

Her 11-year-old grandson, Zukhanye, was killed in 2017 by an illegal connection in Amalinda Forest informal settlement, East London. He had been picking wild fruit with his friends when he touched a live wire.

A day after her grandson’s funeral residents blocked roads demanding that the municipality supply the settlement with electricity. Their pleas have gone unanswered, said Soso.

Soso, who has lived at Amalinda Forest since 2002, said Zukhanye’s death was not the first and won’t be the last casualty caused by izinyoka (illegal connections). She said her grandson was an avid young boxer.

A Duncan Village man died in a blaze which gutted nine shacks in the early hours of this morning and left the remaining 18 residents with nothing ...
News
4 years ago

“I thought by now the municipality would have put proper electricity in the area,” said Soso.

Ward 16 councillor Mzukisi Relu (ANC) said at least six people have been electrocuted at Amalinda and Cambridge informal settlements in the past three years. Relu said that despite his attempts to get answers months ago from the Buffalo City Metro Municipality, he has been given the runaround.

“I had several meetings … every time a person dies due to illegal electricity connections,” he said.

Relu said the illegal connections had also caused tension between residents living in formal houses and those in the informal settlements.

Residents of Marikana‚ north of Pretoria‚ have turned their settlement into a death trap out of desperation for electricity.
News
4 years ago

Relu said he was told that only a section of Amalinda Forest was on land owned by the municipality.

In Cambridge, GroundUp spoke to a teenager whose friend had died after being electrocuted at the local soccer field while walking home in 2018. “I no longer go to the field because of izinyoka,” he said.

Cambridge ward committee member Lawrence Jiba said, “I also had several meetings with the municipality, begging them to electrify the shacks.”

Questions sent to the municipality’s spokesperson Bathandwa Diamond last week were unanswered at the time of publication.

A wealthy Eastern Cape businessman has allegedly been using “Izinyoka”‚ illegal electricity connections‚ to light up three of his East London ...
News
5 years ago

In its bid to curb illegal connections‚ power utility Eskom has adopted undercover investigation tactics. “We are working tirelessly in our fight ...
News
5 years ago
Next Article