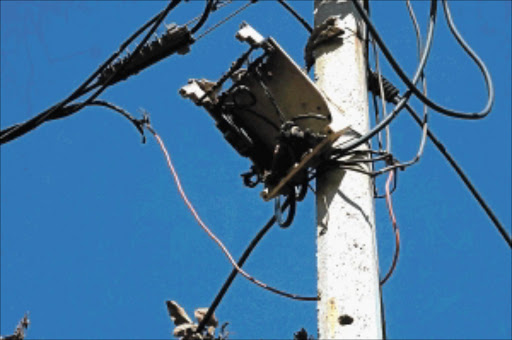 “We are working tirelessly in our fight against electricity theft. However‚ our efforts are being undermined by individuals‚ contractors and even Eskom staff who‚ for their own selfish gain‚ illegally reconnect customers whose services have been terminated. But they must be warned. We now have undercover operatives across the country‚” said Eskom’s Dileep John in a statement.

To catch those responsible for the illegal reconnections‚ Eskom says its investigators will pose as customers‚ whose electricity has been disconnected‚ luring the would-be criminals who are arrested as soon as they start their illegal operation.

“The new approach recently proved its effectiveness when a trap was set for one suspect whose arrest led to the capture of five other suspects‚ of whom one has already received a prison sentence. The other cases are ongoing‚ with investigators confident of more arrests‚ including Eskom staff.

“In a separate case‚ two suspects were arrested in Thohoyandou‚ Limpopo while they were busy with an illegal connection for a person whom they thought was seeking their illegal services‚ but who turned out to be an undercover Eskom investigator‚” said Eskom.

“To those who are involved in these illegal reconnections‚ be warned! We will find you‚ and we will arrest you‚” Eskom warned.

Those who wish to assist in the fight against electricity theft can do so by sending anonymous SMS tip-offs to 32211.