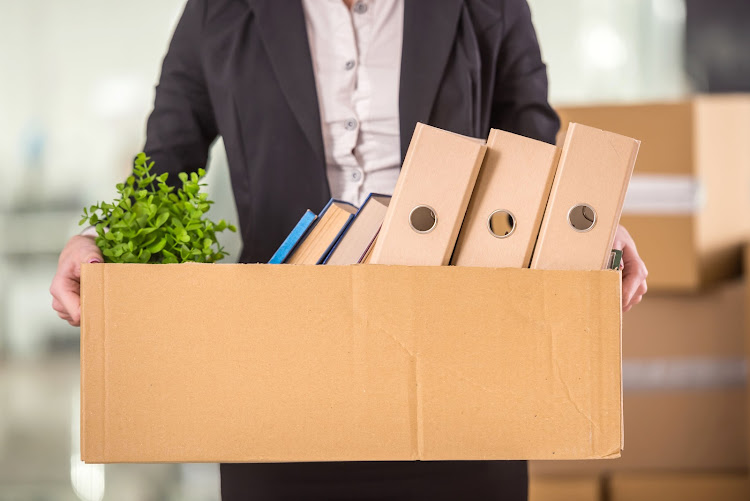 Retrenchments in the media industry are said to have slashed newsrooms in half since a decade ago.
Image: 123RF/Vadim Guzhva

Retrenchments in the media industry have shrunk South African newsrooms, with an estimated 10,000 jobs lost in the past 10 years.

The information is contained in the latest edition of the annual State of the Newsroom Report compiled by Wits Journalism, released last week.

In compiling the report on retrenchments in the media industry under the title "Left out in the cold", 20 local media houses and journalist-related institutions were contacted last year and assisted in sending out questions to their employees and members. Of those who took part in the survey, 158 of them were journalists who were retrenched due to downsizing or the closure of titles and news channels they worked for.

The report looked into what journalists do after they are retrenched and painted a grim picture of how many journalists are battling to continue being part of the industry as freelancers because of appalling low rates that don’t keep up with inflation.

One of the respondents who was part of the survey, Helen Grange, who was a senior features writer at The Star, said after her retrenchment she signed a contract with Independent Newspapers to produce six features a month – but it was quickly cut down to barely one or two features a month.

"My word rate was also reduced in the last contract from R2.75 per word to R2 per word which I felt insulted and frankly not worth the effort," Grange is quoted as saying in the report.

Grange's sentiments are shared by about 42% of those retrenched, who said they ended up doing a mix of journalism and other work, such as public relations jobs, to supplement their income.

A small percentage chose to further their studies and pursued postgraduate studies while another small percentage moved completely out of journalism. They are doing jobs such as selling property and trading in Bitcoin, some are retired, others are still looking for work and another group said they were taking a break.

About 72% of respondents said they did not receive any union support during their retrenchments but the survey also found that most of the journalists did not belong to a union.

"There are several reasons for the lack of unionism among editorial staff in the journalist industry. Firstly, the union which dealt strictly with journalists only was the South African Union of Journalists (SAUJ). It closed down 10 years ago following the mismanagement of funds," reads the report.

It also highlighted how the alternative union, Media Workers Association of South Africa (Mwasa), was seen as weak.

"Secondly, mainstream, then profit-making companies discouraged unionisation. Journalists also said off the record that unions were intimidated from premises by management and they were told they were not allowed to belong to unions because 'it's against company policy'," the report reads.

The other point highlighted in the report is the lack of  upskilling and company support.

The majority of respondents said they received no training and digital skills before they were retrenched, even though these were the skills the respondents were interested in.

The 2017 report found that most employers did not bother to upskill these workers because they wanted to employ junior staff to work across all platforms at a lower salary base.

Almost 600 media retrenchments in the past year

Almost 600 people have been retrenched in the media industry in the past year, according to a Wits Journalism report released on Friday. "We have had ...
News
6 years ago

Media tribunal is no instant cure

IT IS generally considered unwise for a politician to debate critically with the media through the media about the media. You don't exactly enjoy ...
News
10 years ago
Next Article