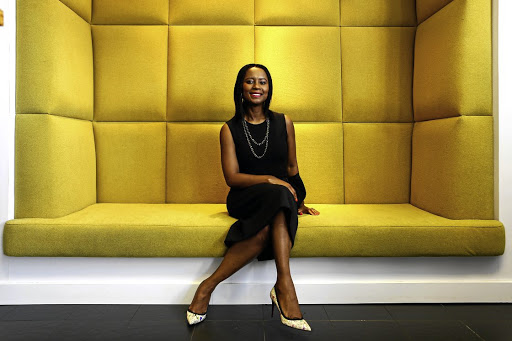 This comes after widespread retrenchments at the company that saw them lose their jobs when Dhlomo shut down the magazine publisher.

More than 10 others were later employed under Ndalo TME. They have since been laid off.

Dhlomo confirmed in December that she would be shutting down the company due to financial difficulties. In her statement, Dhlomo had said her focus would be on her employees and Ndalo Media stakeholders. However, the opposite is happening.

After the announcement, employees were told severance packages would be paid and that they would have access to their pensions and UIF, but this did not materialise.

Dhlomo apparently decided against the retrenchment process and proceeded to liquidate the company, which means employees will receive whatever is left after investors are paid.

Media mogul Khanyi Dhlomo has officially confirmed the reports that Ndalo Media is to close shop at the end of January next year.
News
2 years ago

According to a source who did not want to be named for fear of victimisation, this decision meant employees could end up getting "10c to a rand".

Several employees who had been with Dhlomo for years were told they could get as little as R12,000.

The employees have now decided to challenge the liquidation of the company at the CCMA. The matter is expected to start today.

"They are challenging the severance packages . and are also trying to stop the liquidation process. If we get liquidated, we're going to get less," said the source, adding that the matter was supposed to be heard at the CCMA on April 8, but was postponed when Dhlomo failed to show up.

"She didn't pitch, only her lawyer did. The judge scolded him, saying you can't be the only one coming through on the first day," the source said.

They have also accused Dhlomo of not following proper processes in dealing with their pensions, Unemployment Insurance Fund (UIF) and pay-as-you-earn taxes (PAYE).

"I tried to go get my pension and I couldn't. We also want to go to Sars because we believe she wasn't paying our pension, UIF and PAYE, but they were being deducted from our salaries every month. Where was the money going?" asked the source.

An e-mail sent by Dhlomo to printing company RNA Distributors, a division of CTP on April 2, which Sowetan has seen, confirms Ndalo Media, now Ndalo TME, would cease to print the magazines as part of liquidation.

The e-mail, according to sources, is confirmation Dhlomo was not trying to resuscitate the company.

"Since your initial interaction with Andre Brink, Ndalo has recently taken a decision to exit print media completely. As a result, there will be no distribution services required for Destiny, Destiny Man, Elle and Elle Decoration," the e-mail read.

Ndalo Media to shut down in January

Ndalo Media will officially shut down on January 31 2019, company owner Khanyi Dhlomo told her employees on Wednesday.
Business
2 years ago

Employees of Ndalo Media, a company owned by businesswoman Khanyi Dhlomo, have not been paid their November salaries.
Entertainment
2 years ago
Next Article