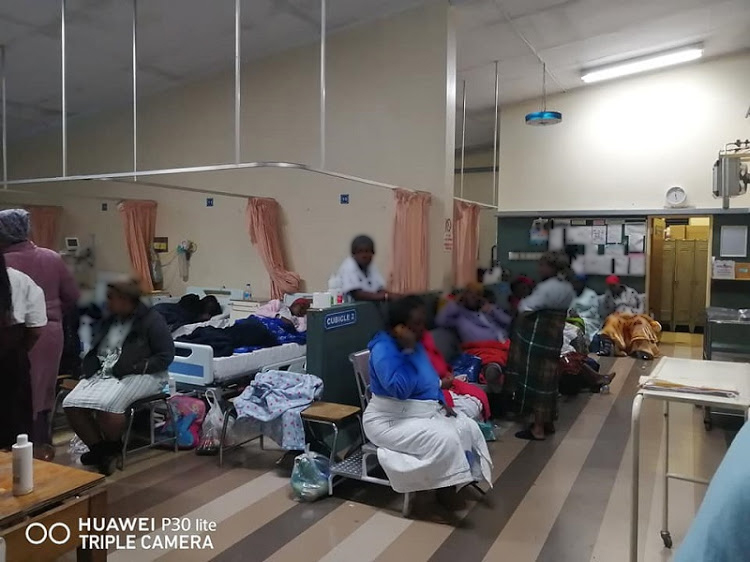 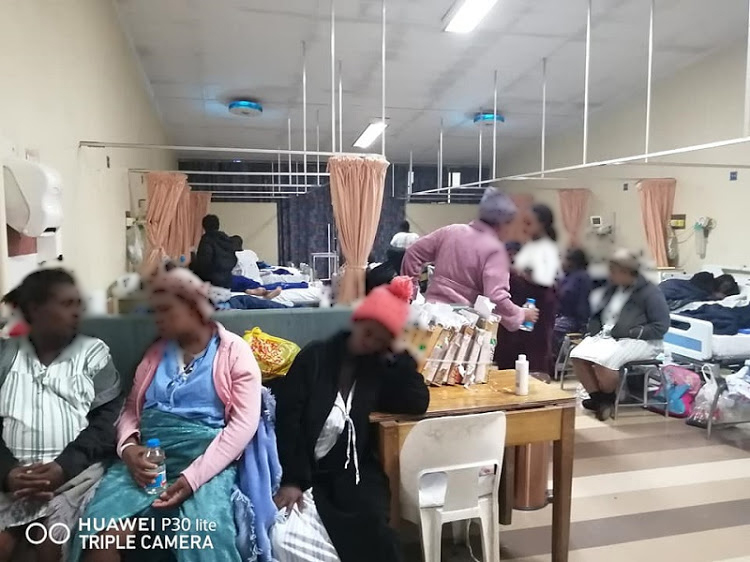 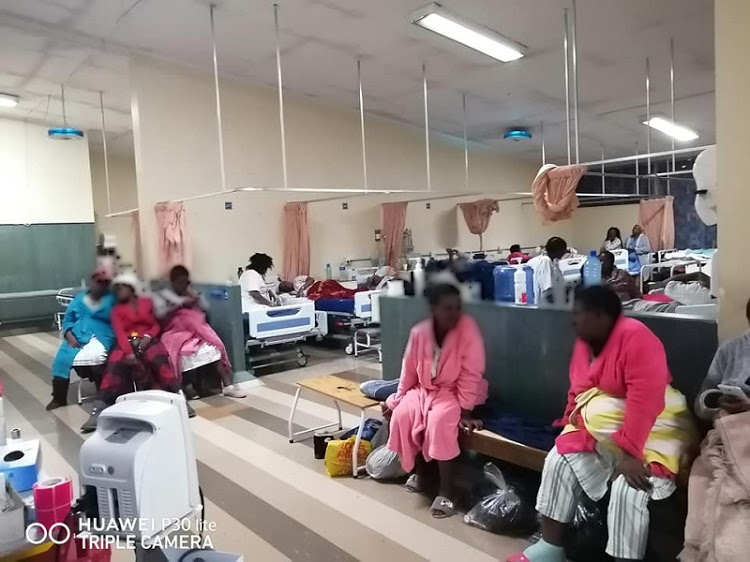 The maternity ward at the Tembisa Hospital has turned into a nightmare, with two midwives having to look after 96 pregnant women at a time.

Frustrated nurses affiliated to the Young Nurses Indaba Trade (YNITU) took to social media to pour out their frustrations and share pictures which reflect hectic overcrowding at the hospital's maternity ward.

According to a post by a staff member, at some point staff members at ward 13 had to care for 192 patients while the unit is meant for 51 patients.

“That means we are having more than 40 patients on the bench. They will sleep there regardless of their conditions,” the staff member wrote.

Many people commented on the post and weighed in on the situation.

Phathiswa Mthembu wrote alongside a picture of a pregnant woman sleeping on a bench: “This young lady is in labour pains yet sleeping in the bench yeerrr sizwile la e (we've had it with) Tembisa hospital. Some of us we have serious conditions and  yet not seen by doctors.

YNITU leadership posted on the unions page, while confirming that staff members complained that two midwives had to care for 96 pregnant mothers during the day shift while there were three midwives against 97 patients in the evening.

“The sad part is that if any of these women die or lose their babies, nurses will be used as scapegoats. We called the Matron in charge she couldn't be bothered despite Nurses reporting to her. We called the Clinical Manager on Call (Night CEO) - The female doctor was clueless about the status of the hospital and no measures were in place to remedy the situation. It is sad when you go to work to assist a system designed to kill black lives,” they posted.

Bloom said he had visited the hospital on Thursday morning and found at least 300 people in the cold.

“In one case, an elderly man had been there from 12pm the previous day. Others had arrived from 8pm in the evening. People park outside in the street and can only enter the parking lot at 4am. The parking lot fills up quickly and is totally inadequate,” he said.

Tembisa hospital CEO Dr Lekopane Mogaladi said they had an overcrowding problem but the numbers shared by staff members on social media were an exaggeration.

“I’m from that ward. We have a high flow but that is an exaggeration of the situation,” Mogaladi said.

Mogaladi said two theatres were operating with 15 to 20 patients needing caesarean section surgery. He said the rest of the patient where not in labour but were being observed for conditions such as hypertension. Mogaladi said the situation would be under control by the afternoon.

A packed casualty ward, a malfunctioning electronic patient file system, absent nurses and a doctor who appeared drunk. These were the scenes that ...
News
4 years ago
Next Article