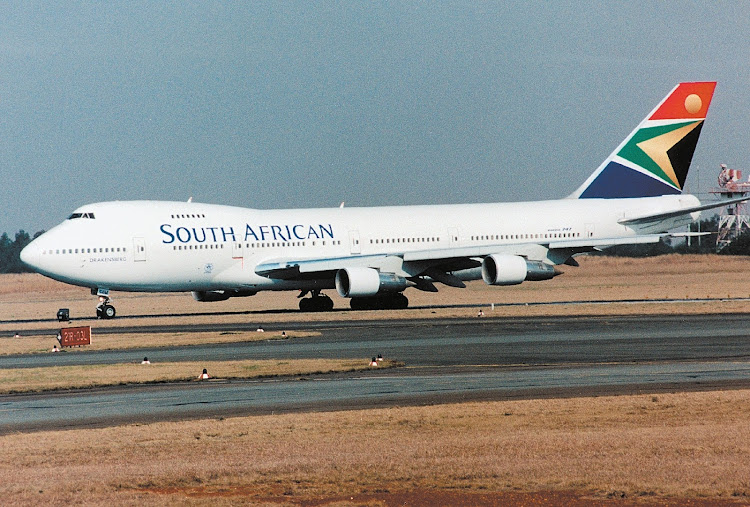 SAA's attempt to get a R15bn in its 2015 capital restructuring project was the focus of the state capture inquiry on Tuesday.

Former SA Airways (SAA) treasurer Phumeza Nhantsi told the state capture inquiry on Tuesday that she realised that she was being used as "a vehicle for people to enrich themselves" after she found out that the board of a company the airline wanted a R15bn loan from was chaired by ANC secretary-general Ace Magashule's sister.

SAA's controversial attempt to procure R15bn in its 2015 capital restructuring project formed part of the first leg of the commission's evidence on allegations of graft in SA's aviation sector - with Nhantsi finding herself at the centre of allegations set out by her predecessor, Cynthia Stimpel, who testified last week.

But Nhantsi says she was just following the instructions of SAA's board, led by Dudu Myeni at the time, and only realised much later that some of the decisions taken were wrong.

The first aspect the commission zoomed into was SAA's decision (which was eventually rendered unsuccessful) to appoint the Free State Development Corporation (FDC) to source the R15bn it needed to finance its debt.

According to Stimpel's testimony, after SAA issued a request for proposal (RFP) in February 2015, SeaCrest Investments proposed that it would lend the entire R15bn at an interest rate of 5.8%.

However, after a due diligence was conducted, SAA found that SeaCrest would not be providing the capital directly; the majority of the money would instead be supplied by a company called Grissag.

Grissag was to provide SeaCrest with the funds at a 4% interest rate, meaning that SeaCrest would earn the 1.8% difference when it forwarded the money on to SAA.

The second option, which Stimpel said was "safer", was a consolidated loan from various banks offer in SAA R4.3bn. Stimpel said SAA could have then gone out to tender for the remaining funds if this option was chosen.

But in a board meeting in December 2015, a resolution was passed to exclude both the banks and SeaCrest and instead appoint FDC. The decision to appoint FDC - which had not originally tendered for the contract - was based on a letter by the company's chief financial officer Shepherd Moyo.

Former SAA head of treasury Cynthia Stimpel told the state capture inquiry on Thursday how Dudu Myeni and her board may have flouted procurement ...
News
2 years ago

Nhantsi, who had taken over from Stimpel by that time, was tasked with finalising the deal.

"The company was paying interest of R1.2bn per year just to service the debt. If you look at the term sheet by Grissag, it would have saved the company money … But it looks like there were discussions before the discussions to form with FDC a joint venture with a potential funder which happens to be the same funder of SeaCrest," she said.

Nhantsi said she consulted SAA's procurement team on whether the board's resolution flouted regulations, and that she was advised that it did not.

"I also called the Treasury team and explained what happened at the board meeting ... I told them that I engaged with the procurement team and they advised that it was allowed according to the SCM policy," she said. "I recall Stimpel was shouting and saying this is not allowed, that the FDC was not in the list of bidders. She kept on saying the board was wrong in declining, specifically, SeaCrest."

SAA pilots vow not to 'sit back' while 'dysfunctional' airline flounders

The South African Airways Pilots’ Association (SAAPA) says it may be forced to resort to industrial action unless a “competent leadership team” is ...
News
2 years ago

SAA's SCM policy says that alternate offers may be considered provided other bidders are not prejudiced. But it can be interpreted differently in that this only applies to bidders who conformed to the tender process, not new offers that came afterwards.

Nhantsi said she understood it to mean that that SAA could take offers that did not go through the tender process because the other two bidders, namely SeaCrest and the banks, were rejected by the board.

But on recounting her decision, Nhantsi told the commission of a conversation she had with Moyo soon after the decision was made to appoint the FDC.

"In my discussion with Moyo at the time, he mentioned that the chair of the FDC board was the sister of Ace Magashule (then Free State premier) and at the time I couldn't link anything because I was coming from a professional background," she said.

"Now looking back … I see that in a way I was used as a vehicle for people to enrich themselves."

SAA's choice of the FDC was shut down by the national Treasury which instructed that the company, which is also state-owned, did not have the mandate to provide SAA with funds.