SAA pilots vow not to 'sit back' while 'dysfunctional' airline flounders 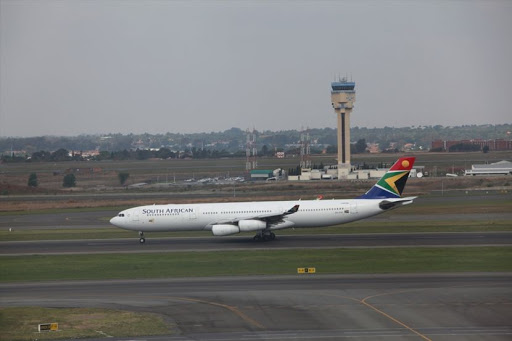 The South African Airways Pilots’ Association (SAAPA) says it may be forced to resort to industrial action unless a “competent leadership team” is appointed to turn around the “dysfunctional” national carrier.

The association said on Monday that the appointment of Zuks Ramasia as interim CEO was cause for “profound distress and concern”.

Ramasia was appointed after the abrupt resignation earlier this month of Vuyani Jarana who said in his resignation letter that the airline's turnaround strategy was being “systemically undermined” and he could no longer assure the board that it was achievable.

“Whilst SAA made some progress under outgoing CEO Vuyani Jarana, some of the most crucial issues remain unresolved. As a result, our airline has been rendered all but dysfunctional,” the association said in a statement via its chair, Captain Grant Back, on Monday.

Former SAA head of treasury Cynthia Stimpel told the state capture inquiry on Thursday how Dudu Myeni and her board may have flouted procurement ...
News
2 years ago

“The simple truth is that SAA will not survive unless critical operational and technical deficiencies are immediately addressed by a competent leadership team. SAA needs an interim CEO with the appropriate experience and financial acumen to successfully run a major airline. Unfortunately, Ms Ramasia is not that person.

“Furthermore, many members of the current executive management team in place predate the appointment of Mr Jarana as CEO. It is the same team that navigated SAA into its current untenable position.”

The association said it had written to the board to express its dismay at the appointment of Ramasia and the retention of SAA's “underperforming management team”. A meeting with the board is scheduled to take place in the next few days.

“Significantly, we are canvassing SAA Pilots Association members on the appropriate action to take. At this stage, we cannot rule out embarking on lawful industrial action - for the first time in our 80-year history - to force the necessary changes at SAA.

“SAA pilots will not sit back while the cycle of deterioration is allowed to continue. Like other unions, we have been forced to draw a line in the sand and to prepare to take action.”

The association said it had also notified the board and the government that it would “not accept the scapegoating of pilots that became prevalent in the Dudu Myeni era”.

“The pilots of SAA perform an essential role in the airline, and the success of SAA is crucial to us. We are prepared to fight for the future of the airline that so many of us have dedicated our professional lives to.”

The airline said earlier that it needed R4bn from the government to survive the current financial year.