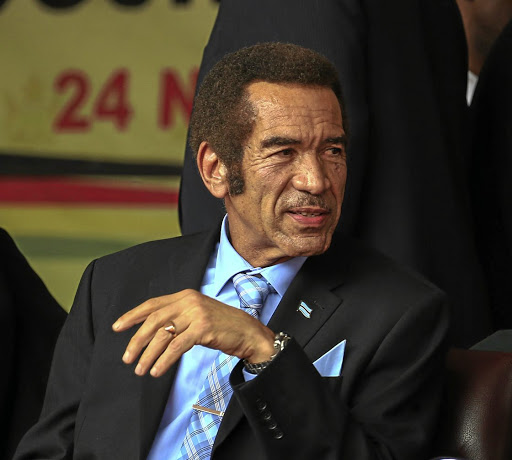 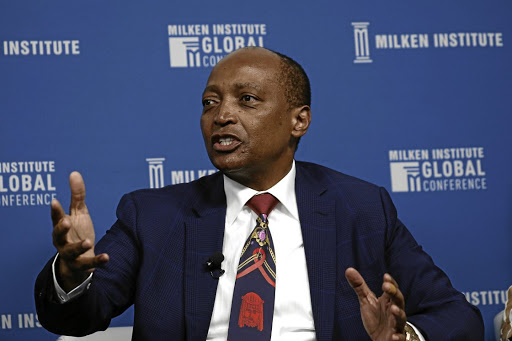 Mining mogul Patrice Motsepe says he met former Botswana president Ian Khama because they are old family friends and not because he is involved in an attempt to remove the current government of the minerals-rich country.

Motsepe and Khama shared strong family ties dating back to when both their fathers were at university, the family said yesterday.

The meeting with Khama at the OR Tambo International Airport has been a source of allegations that the mining magnate was behind an alleged plot to oust Mokgweetsi Masisi as president of Botwana.

A Botswana weekend newspaper, Sunday Standard, alleged that Motsepe, along with his sister Bridgette Motsepe-Radebe, met with Khama to facilitate a R33m donation to topple Masisi.

Motsepe has strongly denied the allegations and labelled them defamatory. He has now filed a lawsuit in Botswana against the newspaper for publishing what he said were "false and defamatory allegations".

"Dr Motsepe is often requested to meet prominent international business leaders, philanthropists and former heads of state. The request for him to have a brief, courtesy meeting... with former president Ian Khama was also agreed to because of the old family friendship and ties between their families," Motsepe said in a statement yesterday.

Mining mogul Patrice Motsepe has broken his silence over allegations of funding a regime change in Botswana saying he has no interest in the ...
News
2 years ago

The claims about the Motsepes' alleged involvement in Botswana politics were reported in the newspaper in April. It said Motsepe and his sister donated R22m and R11m, respectively, towards Pelonomi Venson-Moitoi's presidential campaign ahead of Botswana Democratic Party's elective conference in May.

The newspaper alleged that the Motsepes wanted Khama's ally to take over as president of the country.

In April, Motsepe-Radebe and her associate, businessman Malcolm X, had their visa-free entry to Botswana revoked. There were no reasons given for this.

"Dr Patrice Motsepe did not pay or contribute a single cent for political purposes or in connection with the presidential elections in Botswana," the statement read.

"The allegations that he pledged R22m [alone] to any political party or persons, or that he was involved in or was party to smuggling money into Botswana are absolutely false."

Motsepe said the family did no want to get involved, and have no interest in the politics of Botswana or the development of any political party.

Meanwhile EFF leader Julius Malema, who was banned from visiting Botswana without a visa by Khama, is set to have his ban lifted by Masisi.

Malema hinted in a tweet that his June 16 speech at Fort Hare University will touch on a plot by " some members of a South African family" to remove the Botswana government .

The timing of his visa restriction lifting and his speech about the alleged coup plot could be viewed as Masisi aligning himself with the EFF leader.

Malema's relationship with Botswana was strained under Khama's leadership. In 2011, the then ANC Youth League leader said they would establish a "command team" to unite opposition parties to topple Khama's "puppet regime".

Malema's relationship with Motsepe has taken a few knocks after he accused the billionaire of capturing the state under the leadership of President Cyril Ramaphosa.

Mining magnate Patrice Motsepe is suing a Botswana newspaper for R6.8m for a story it published that claimed he was funding politicians in that ...
News
2 years ago
Next Article