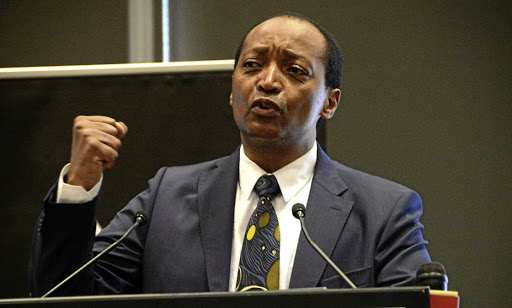 Mining magnate Patrice Motsepe is suing a Botswana newspaper for R6.8m for a story it published that claimed he was funding politicians in that country.

Motsepe filed a defamation lawsuit against the Sunday Standard of Botswana based on the article published on April 1.

The publication claimed that Botswana police were allegedly investigating Motsepe and a number of security companies over an alleged plan to smuggle campaign money to that country. The newspaper also claimed Motsepe had allegedly donated R22m to one politician's campaign.

"What I can say to you there is a defamation lawsuit against that [the story]. It has been lodged with the court in Botswana. They [the newspaper] have done a retraction to the story. The other stuff I cannot give details on that," said Sizwe Nzimande, of the Motsepe Group.

He added Motsepe was still not happy despite the publication of a retraction.

Billionaire businessman Patrice Motsepe's lawyers have written to BLF leader Andile Mngxitama, warning him to desist from accusing their client of ...
News
2 years ago

Motsepe's lawyers also demanded that the Sunday Standard remove the offending statement from its website.

They want the newspaper to pay for the cost of the lawsuit at the Botswana court.

On April 17, Radebe and her associate, businessman Malcolm X, had their visa-free entry to Botswana revoked. There were no reasons given for this.

Motsepe took issue with Mngxitama's allegations that his sister had ambitions to take over the diamond industry in Botswana, and that he had been involved in a coup plot in the country.

Yesterday, Nzimande confirmed that Motsepe has already filed papers against Mngxitama and his party regarding the accusations.

First BLF ignored by voters, then slapped with a gag order over Patrice Motsepe

The BLF has been ordered to stop claiming that that billionaire Patrice Motsepe is involved in plotting a coup d'etat in Botswana.
News
2 years ago

Botswana has banned the wife of a South African minister, who is also a sister of a powerful mining tycoon and the president’s sister-in-law, from ...
News
2 years ago
Next Article