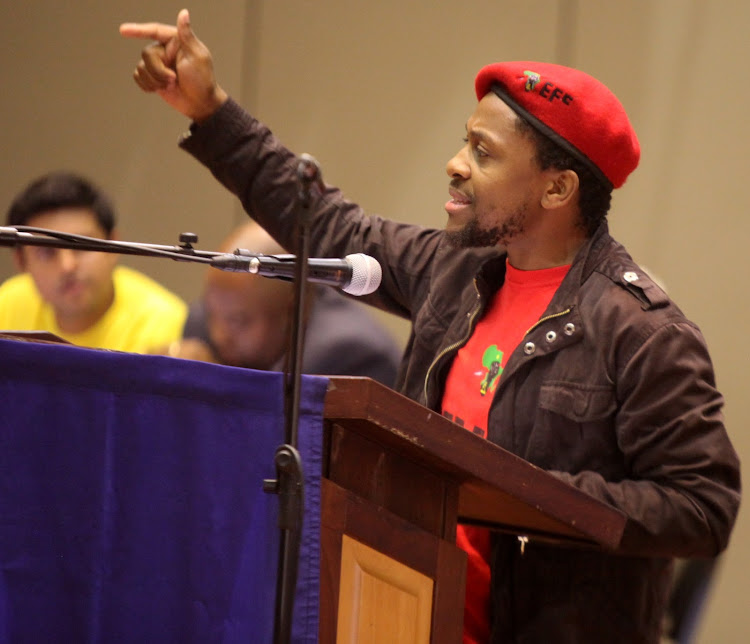 The EFF has slammed finance minister Tito Mboweni for his comments on the Reserve Bank amid confusion on ANC's official position on the Bank's mandate.

In a statement on Wednesday‚ EFF spokesperson Mbuyiseni Ndlozi said Mboweni had "an irritating and outrightly arrogant tendency of thinking he is above the collective political will of the people".

"He acts like a paragon of wisdom as if he is omniscient on economic matters. It is a proven fact that his economic thinking and ideas‚ which have characterised the macroeconomic policies of the successive ANC government over 25 years‚ have dismally failed to create jobs‚ alleviate poverty and reduce inequalities‚" said Ndlozi.

His statement comes after numerous public statements by ANC leaders over the past 24 hours; comments which have caused confusion about the official stance of the party on the mandate of the Bank.

During a media briefing on Tuesday‚ ANC secretary-general Ace Magashule told journalists that the ANC NEC lekgotla had resolved to expand the Reserve Bank mandate to target growth and employment.

Finance minister Tito Mboweni has again rubbished a statement by ANC secretary general Ace Magashule that the mandate of the SA Reserve Bank is to be ...
News
2 years ago

But Mboweni and ANC chairperson of economic development‚ Enoch Godongwana‚ differed with Magashule.

"Nobody is talking about changing the mandate of the Reserve Bank. This is clearly stipulated in the constitution. I don't understand why the obsession about the central bank all the time.

"Why say things that destabilise the market?" Mboweni said on Wednesday.

The ANC’s economic transformation head, Enoch Godongwana, has contradicted party secretary-general Ace Magashule on the ANC’s stance on the mandate ...
News
2 years ago

Ndlozi said Mboweni and "his gang of neoliberals in the ANC should take seriously what Albert Einstein said about insanity; doing the same thing over and over again‚ but expecting different results".

"After 25 years of neoliberal policies and practices it is pure insanity to still arrogantly demand the country to implement what has obviously failed‚" said Ndlozi.

He said Mboweni was conflicted on the Reserve Bank matter because he owns 10‚000 shares in the bank and that he was selfish and self-centred on the matter.

"As part of the immediate programme of the EFF in the sixth democratic parliament‚ we will table a bill in order to realise the nationalisation of the SARB.

"The ruling party must also show some courage in implementing their own resolutions and should never allow neoliberals like Tito Mboweni to bully them into silence‚" said Ndlozi.