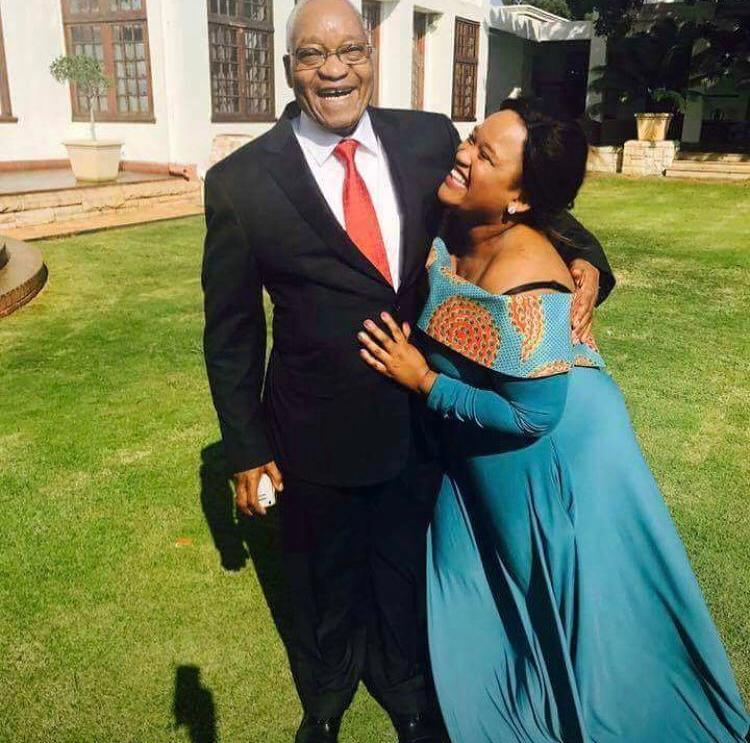 Former president Jacob Zuma was present at his daughter Brumelda Zuma's graduation at the University of Zululand on Thursday
Image: Brumie Zuma via Instagram

Former president Jacob Zuma got the crowd going during his daughter's graduation at the University of Zululand (Unizulu) on Thursday.

According to Unizulu spokesperson Gcina Nhleko, Brumelda Zuma graduated as a  bachelor in administration.

Nhleko said Zuma was in good spirits as he spontaneously joined the Unizulu choir in singing along to the popular tune of Awuleth' Umshini Wami (Bring my machine gun) - a song that has become synonymous with Msholozi over the years.

"It was a spontaneous moment, he's a good performer and loves to entertain," said Nhleko.

Former President Jacob Zuma today attended graduation ceremony of his daughter at the University of Zululand, where he is also the former Chancellor.