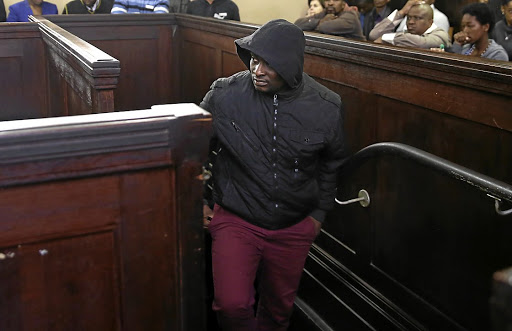 The man who attempted to solicit money to finance his plot to assassinate beneficiaries of state capture and white monopoly capital says he is relieved the court was lenient in handing down his sentence.

Elvis Ramosebudi, 34, was yesterday given a three-year suspended sentence in the Johannesburg magistrate's court.

He was found guilty on two counts of conspiracy to commit murder. He was accused of heading two organisations - the Anti-State Capture Death Squad Alliance and the Anti-White Monopoly Capitalists Regime. "This case took its toll on me and derailed my life. It also had a bad impact on my parents ... but I am happy that it's over, now I will sit down and see how I can move forward in my life."

Ramosebudi had sent letters to ex-Anglo American chair Nicky Oppenheimer and Ajay Gupta, in a bid to solicit R60m to fund his assassination plot.

The letter provides a Standard Bank account number and also a list of the targets. It is signed by the suspect.
News
3 years ago

Elvis Ramosebudi‚ the man accused of plotting a coup by planning to assassinate politicians and prominent South Africans‚ appeared in court on ...
News
4 years ago

In his previous appearance, Ramosebudi told the court that he had no intention of killing anyone, but rather wanted to determine who was responsible for destabilising SA's political landscape.

Ramosebudi said he sent the letters as a hoax and that he would have approached police if either Oppenheimer or Gupta complied with his request.

In sentencing him, magistrate Collin Matshitshe said he was giving him a second chance by handing him a three-year prison sentence, suspended for five years.

"The state managed to prove beyond reasonable doubt that the accused attempted to
incite employees to conspire and kill those people he had mentioned in his letters," Matshitshe said.

"This offence is serious but if one looks at the merits, there are more mitigating factors. The court understands that incitement is a serious offence.

"One does not blame the police for arresting him because they did not know his intentions or if it was indeed a hoax as the accused said."