Princess Shanaya, 5, calls for her friends - then takes her last breath 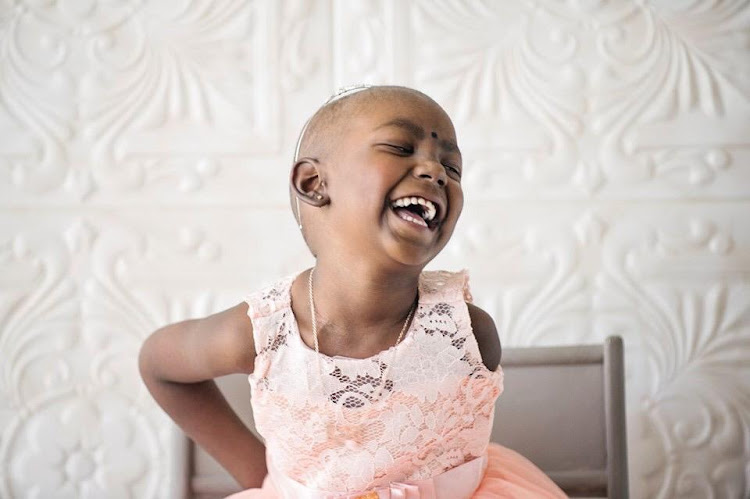 Shanaya Govender lost her battle to Ewing sarcoma on Thursday morning, dressed in her favourite dress, her wig, her tiara, her high heels and make-up.
Image: supplied

A five-year-old Johannesburg girl who won the hearts of South Africans during her battle against a rare form of cancer took her last breath on Thursday morning.

On a Facebook page documenting her battle against Ewing sarcoma, her parents described Shanaya Govender's death as being "in her true style".

"Our princess has turned into a star to shine bright on us forever. She did it her way in true Shanaya the First style.

"Shanaya passed away now at 7:56am. She wanted her favourite dress, her wig, her tiara, her high heels and make-up. She made us call everyone she is close to then stopped breathing and her heart stopped. She did it her way. No pain, no suffering," her family said.

Our world has turned the brightest pink. Our princess has turned into a star to shine bright on us forever. She did it...

Posted by Shanaya the First Vs Ewings Sarcoma on Wednesday, May 15, 2019

Shanaya, who turned five in November, was diagnosed with the rare cancer, stage four Ewing sarcoma, with metastasis in both lungs.

Her left arm was amputated a year ago.

The bubbly girl - who called herself Shanaya the First after Disney princess Sofia the First - had support across the globe as a result of her determination to fight cancer while adorning her favourite ballgowns and tiaras.

On March 29, her ultimate wish to meet a Disney princess came true when she and her family spent nine days in Disney World in Florida - a wish made true by the Reach For A Dream Foundation. 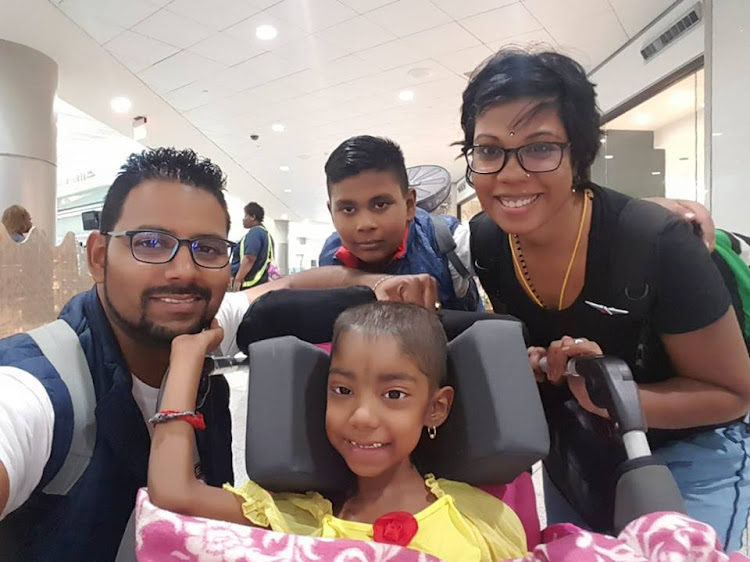 Shanaya and her family spent nine days in Disney World in Florida - a wish made true by the Reach For A Dream Foundation
Image: supplied

She took a turn for the worse shortly after her return to SA and she, together with her parents, decided to cease further treatment.

Tributes poured in for Shanaya on Thursday. Most spoke of her infectious smile and courage.

Shanaya is survived by her parents, Kesavan and Lee-Ann, and her brother Vikeshlyn.