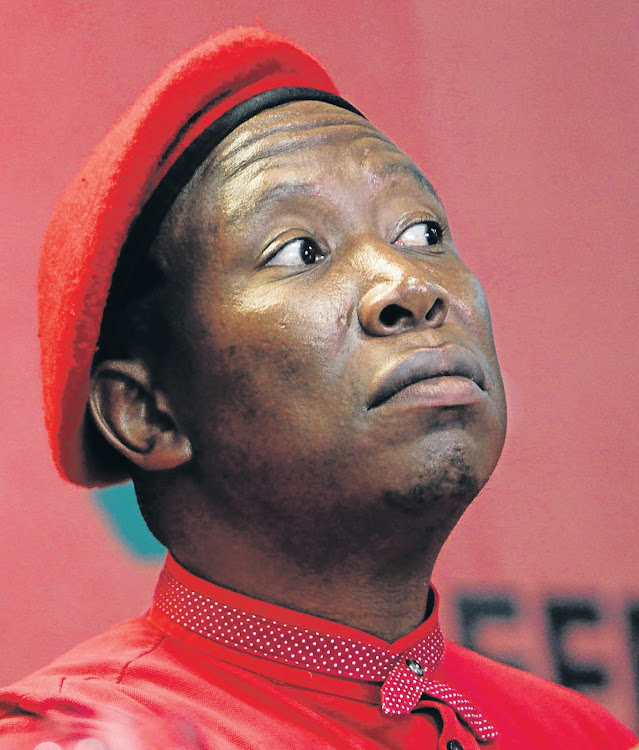 EFF leader Julius Malema said on Thursday that his party was in negotiations with the DA to formally partner in governing Tshwane and Johannesburg.

Addressing a media conference at the party's head office in Johannesburg, Malema said his party wanted to take over the Tshwane mayorship.

He said the party would also join government in the City of Johannesburg as members of the mayoral committee (MMCs).

He said the EFF would not be calling for a motion of no confidence in current mayor Stevens Mokgalapa of the DA, but would like to take over in a manner that is not chaotic.

From the EFF's own performance in the recent elections, to Cyril Ramaphosa's ANC conundrum and the rise of the FF+ - these are the highlights from the EFF's media conference on May 16 2019.

"I am reluctant to remove the mayor of Joburg [Herman Mashaba]. You know why? Those ANC people hate Mashaba and I am very happy ... anyone that traumatises the ANC is my hero," he said.

He said Mokgalapa must have known that he would be a caretaker mayor in Tshwane until after the elections.

Malema could not say who the party would deploy as their mayor in Tshwane, but said it would be an EFF leader based in that municipality.