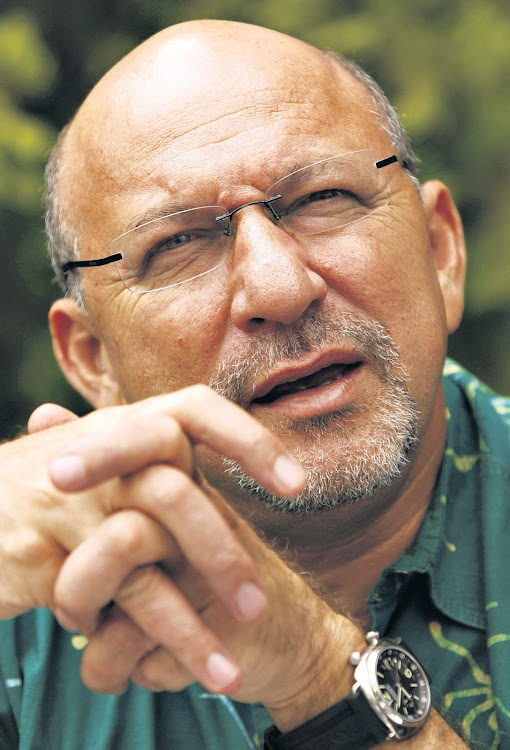 The EFF has told the court that Trevor Manuel's case is not urgent.
Image: Jeremy Gly

The Economic Freedom Fighters on Tuesday argued that former finance minister Trevor Manuel's claim that his reputation had been harmed did not give him the right to approach the court on an urgent basis.

This is one of the arguments given by the EFF, its leader Julius Malema and spokesperson Mbuyiseni Ndlozi as they opposed a defamation case by Manuel.

Manuel asked the South Gauteng High Court to declare that a statement made by the EFF on March 27 accusing him of nepotism and corruption was defamatory. Manuel also asked the court to order the party to pay him general damages of R500,000 and offer an apology.

The EFF could not use defences usually relied on in defamation cases because it had lied.
News
3 years ago

In a statement on March 27, the EFF accused Manuel of nepotism and corruption in influencing the appointment of new South African Revenue Service (Sars) commissioner Edward Kieswetter.

Manuel chaired the selection panel that conducted interviews for the top job at Sars, but recused himself during Kieswetter’s interview. This was because Kieswetter was Sars deputy commissioner at the time Manuel was finance minister.

Arguing for the EFF, Malema and Ndlozi, advocate Kameel Premhid said there was no reason why Manuel's defamation claim should be heard urgently.

"The existence of negative perception is not enough for urgent relief. In the absence of direct harm, the court should not grant Manuel the indulgence to hear the matter now," he said.

Premhid said following the EFF's statement, Manuel issued a statement in which he rebutted everything that was said by the EFF. He said this received lots of media attention. "It demonstrates that the urgency that qualifies him to be in this court does not exist," he argued.

Arguing earlier in the day, Manuel's counsel Carol Steinberg told the court that if the statement by the EFF remained unchallenged, Manuel would suffer continued damage to his reputation.

"He is the longest-serving finance minister in the world. He now represents SA unofficially. He has various roles in international multilateral structures and in the private sector, where he is chairman of Old Mutual," said Steinberg.