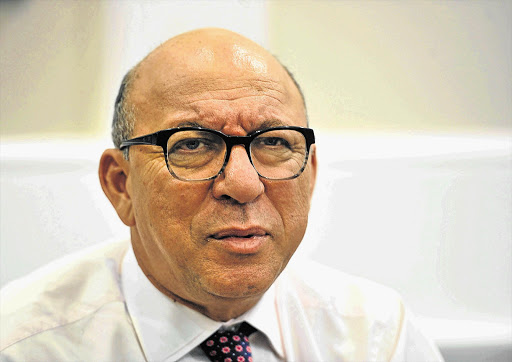 The EFF could not use defences usually relied on in defamation cases because the party   lied.

This is the assertion by Carol Steinberg, counsel for Trevor Manuel, as she addressed the South Gauteng High Court on Tuesday in the former finance minister's battle against the EFF.

Manuel has asked the South Gauteng High Court to declare that allegations of nepotism and corruption made by the party against him were defamatory. He has also asked the court to order the EFF to retract the statement containing the allegations and to apologise for them.

In a statement published by the EFF in March, the party accused Manuel of nepotism and corruption in influencing the appointment of the new Sars commissioner Edward Kieswetter.

Manuel said the statement by the EFF was untrue, and launched the court action.

The EFF uses language which is “open to criticism as being heavy-handed, inelegant, unfair, overly critical or even insulting”.
News
3 years ago

There are a number of defences that an alleged "defamer" can rely on to defend a defamation claim, including showing that the offending statement was true and that it was fair comment.

Steinberg, however, said that the facts before the court had shown that the EFF's allegations against Manuel were false. She said the facts showed Manuel was not a relative of Kieswetter and had no business relationship with the new commissioner.

She said there was no corruption on Manuel's part in the appointment of Kieswetter.

"It has been shown that the allegations are false; the defence on substantial truth must fail," Steinberg said.

She said once it had been established that the "facts" the EFF relied on to make the defamatory statements were false, the defence of fair comment also fell away.

The EFF is yet to argue its case. It has opposed the application.