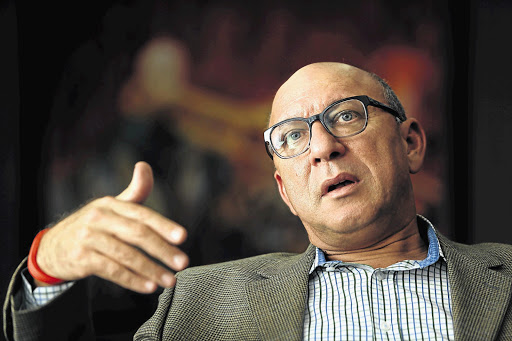 Former finance minister Trevor Manuel has taken legal action against the EFF and its spokesperson, Mbuyiseni Ndlozi, for accusing him of influencing the appointment of a new boss at Sars.

Ndlozi alleged in March that the process of appointing Edward Kieswetter as the new commissioner of the SA Revenue Service was "corrupt", and accused Manuel of nepotism.

The party said it would "do everything in our power to stop and reverse the appointment of Kieswetter as Sars commissioner".

eNCA reported on Thursday evening that Manuel refuted the EFF claims as baseless and wanted the party to be legally compelled to withdraw their statements.

New SA Revenue Service (Sars) boss Edward Kieswetter wants nothing but to focus on his job‚ as the EFF plans to do everything in its power to reverse ...
News
3 years ago

Manuel responded in March to the claims by the EFF, demanding they be retracted - "or Mr Ndlozi will have to face legal action".

"I will not be abused by schoolyard bullies," TimesLIVE reported him as saying in an open letter at the time.

Manuel stated then: "Whilst they are free to hold their warped political views about a Sars commissioner for whatever reason, they have no right to libellous or racist views. I am sure that other individuals named in the EFF statement are quite capable of speaking for themselves, I am not intimidated by these bullies to speak on my own behalf."

Former finance minister Trevor Manuel has labelled the EFF leadership as racists after the party criticised the appointment of the new SA Revenue ...
News
3 years ago

BusinessLIVE reported on Thursday that Manuel, in an application to the high court in Johannesburg dated April 10, asked that the EFF’s comments about him be declared defamatory and false.

He also wanted the party to be compelled to remove the offending statement from its online platforms and be interdicted from repeating similar allegations.

Manuel chaired the selection panel which conducted interviews for the new head of Sars and recused himself from asking questions during Kieswetter’s interview.