Mashaba should have developed a thick skin and gone to Alex: Malema 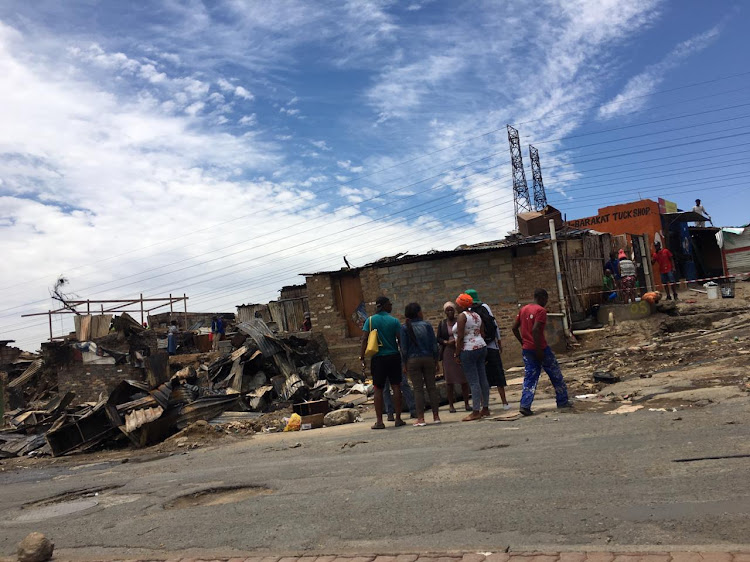 EFF leader Julius Malema has criticised Joburg mayor Herman Mashaba for failing to address residents of Alexandra who embarked on a shutdown of the township.

Addressing the media during a media conference at the party's head office on Wednesday‚ Malema said that although the EFF was of the view that the protest was instigated by the ANC for electioneering purposes‚ they believed that the grievances raised were genuine.

Mashaba‚ he said‚ should have developed a thick skin and gone to address the community on the second day of the protest.

"People are saying we are quiet about Alex. You want us to support an ANC disruption of a township‚ we cannot do that and we will not do it‚" said Malema.

"Let them go on and instigate it, but they must know that it's going to spread like a wild fire into the municipalities that they [ANC] are governing."

It's going to backfire big time," he said.

"There is no mess which was created by DA in Alex, the DA found that mess there and it's not doing anything about it, that's the only problem."

Malema says the #AlexTotalShutdown is ANC-sponsored as part of their election campaign strategy but “is going to backfire” pic.twitter.com/PBwRgeRuby

"The concerns of the people of Alex are genuine and correct and no one should take them for granted. Mashaba should have gone to Alex the second day and nothing would have happened to him.

"Because it is an ANC protest‚ of course they were going to boo him but then he would have a defence when tomorrow they say they want Mashaba because he would have been there‚" added Malema.

"Mashaba should have gone to Alex and got humiliated. If you want to be a leader do not be scared to be booed‚ howled at and insulted because that is what leadership is about and that is how you build character as a leader.

"But then Mashaba just got scared and I decided I was not going to call him and advise him to go and listen. I would have said to him go and listen‚ even if it is an ANC protest. Take the memorandum of demands because you are the mayor of the ANC and all the political parties here in Joburg.

"The Alex protest is ANC-led but separate it from Alex demands which we support‚" he added.

Residents of Alexandra have been protesting for service delivery for over a week now, and a drive into the township reveals just how deep in rubbish Alexandra really is. TimesLive went into the community to find out what issues residents face.