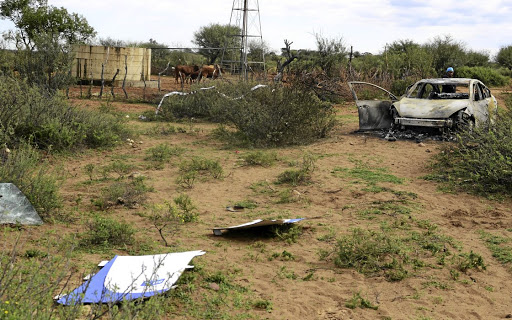 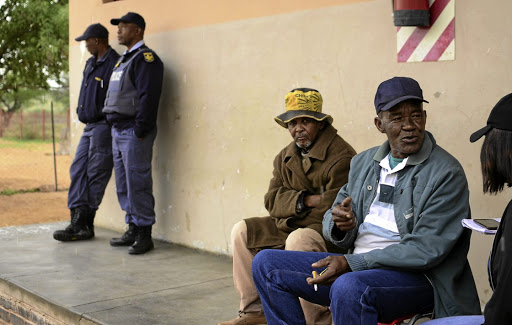 Six villages in the North West witnessed a low voter turnout yesterday as residents vowed not to vote until the government provides them with a proper road.

Villagers in the Kagisano Molopo municipality blocked entrances to the area with tree branches in protest over poor service delivery.

The municipality was placed under administration in August last year to avoid its collapse as it failed to deliver services to communities.

Some villagers in Tseoge and Kokwane took the locks of the voting station and told the police and IEC not to enter their villages.

The areas were identified by police and the IEC as hot spots for potential violence.

In Madinonyane only three people had cast their votes by noon. Resident Lawrence Modirwa said there was no win or lose.

"We are struggling to get the 'therefore', after the elections, this is what will happen to us."

He said while casting his vote was a democratic right this was violated when the government promised things they could not provide.

He said since 1978 they have been travelling on bad gravel roads for long distances just to get to the shops.

Residents said they travel up to 12km to Vryburg to do their shopping.

Some go to Ganyesa, which has only one grocery store.

Davis Moreetsi, 66, of Madinonyane, made his cross despite the call from residents not to vote.

"I am old and I know the importance of voting. What the residents are demanding is a serious problem but I have to keep on voting for better services," he said.

North West spokesperson Brig Sabata Mokgwabone said they dispatched enough police to all the hot spots to make sure that those who want to vote get the opportunity.

Former North West premier Supra Mahumapelo blamed lack of proper communication by the government for the protests in the province.

Mahumapelo was removed as premier in April last year after angry residents accused his administration of corruption and complained about lack of service delivery.

Mahumapelo said the ANC has failed to consistently communicate with the masses about the plans that government has to meet the challenges that they are facing.

"People there know that they cannot get the road now. What they want from government is to say if we do not get it now then when are we going to get it," he said.