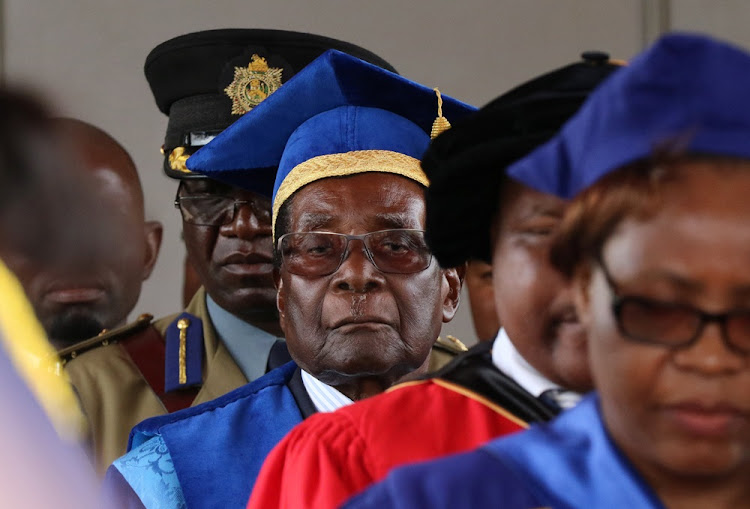 Zimbabwean President Emmerson Mnangagwa says he is taking good care of his ailing predecessor, Robert Mugabe, who is currently in Singapore for treatment.

"He has not been feeling well. At the age of 95, I think he is reasonably in good health. Currently he is not in the country. He left on April 2 to Singapore, he will be away for about 29 days and he will come back," Mnangagwa said in an interview with state-controlled media on Saturday.

"I am making sure that I do the facilitation for him to receive treatment, take him to Singapore and to bring him back, all the facilities, I make sure that it is done."

Mnangagwa ascended to power in November 2017 in a military coup.

A few weeks before that, Mugabe had fired him as relations between the two soured amid allegations that Mnangagwa, who at the time was the country's first vice-president,  was plotting to unseat Mugabe through a military-backed faction in the ruling Zanu-PF party.

During his birthday celebrations with close family, the former strongman described Mnangagwa as a “cruel” man and called on him to remove the army from civilian matters.

Not much has been known about Mugabe’s movements until Mnangagwa revealed he was out of the country for medical treatment.

Since coming to power in November 2017 and subsequently winning a disputed poll on July 30 last year, Mnangagwa has been battling to save the economy from collapse.

The latest Freedom in the World Report on political rights and civil liberties by Freedom House says Zimbabwe has returned to a pre-coup situation.

President Emmerson Mnangagwa's government plans to compensate victims of the Gukurahundi genocide which claimed the lives of an estimated 20,000 ...
News
3 years ago

"Despite Mnangagwa’s pledges to respect political institutions and govern in the interest of all Zimbabweans, his new administration has shown few signs that it is committed to fostering genuine political competition, and it has continued to enforce laws that limit expression," the report says.

A January report by the Zimbabwe Council of Churches (ZCC) says about 70 percent of Zimbabweans have no confidence in the current administration.

"Many people have a low opinion of the willingness and capability of government and other leaders to resolve pressing challenges due to lack of clarity of communication on the nature of the problems and how they are being addressed," the report says.