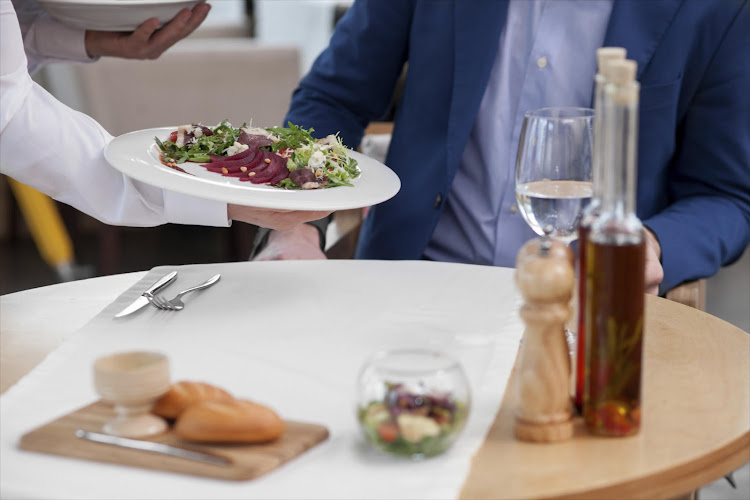 Xolani Mbalo said he was taunted by abusive teenagers who he served at a Spur restaurant in East London.
Image: iStock

The management of Las Vegas Spur in East London has arranged counselling for a waiter  who was "racially abused" by teen patrons who left him a R4 tip with a derogatory comment.

"It is with regret that the management of Las Vegas Spur confirms an incident took place here on 22 March 2019," the Spur franchise in Hemingways Mall said in a statement.

"Three teenage male customers were served by our waitron, they racially abused our employee and left a note on the till slip with a derogatory comment."

The waiter, 24-year-old Xolani Mbalo who is an information technology development graduate from Walter Sisulu University, told the Daily Dispatch that he was harassed by the teens to the point where he quit serving their table.

"They taunted me from the beginning until I quit serving them. When I brought their food, they started making silly remarks, asking me to eat the chips, and when I asked them if I looked hungry, they burst out laughing," he said.

Spur described their behaviour as atrocious. "We do not condone use of derogatory, racist or sexist behaviour or language."

Mbalo said he decided to stop serving the table after the teenagers insisted on him eating their leftover chips.

"The chips were literally leftovers dipped in sauces. One of them said: 'Eat, here you look hungry'," he said.

FNB has hit back against startling allegations of racism that the bank charged black homeowners higher rates than their white counterparts.
News
2 years ago

Racism is real in East London ....white kids left a R4 tip for their waiter abd wrote "the R4 is for the hungry Africans"??? at Las Vegas Spur @EFFSouthAfrica pic.twitter.com/twaDFIsfjM

Spur said Mbalo had not immediately reported the incident to management.

"Unfortunately, the waitron only brought the matter to the attention of management once the customers had left."

Following the incident, the restaurant received a backlash on social media after being accused of turning a blind eye to the incident.

“Contrary to social media comments, management did not make light of this serious matter. We arranged counselling for our employee and have had further meetings with our staff," they said.

"We are aware of the incident, investigations are under way. No arrests have been made but police have taken statements. More statements are still going to be taken," he told TimesLIVE.

Spur said it would support its staff in taking the case further and added that the safety of employees was of paramount importance.

"Should our staff need to take this further, we as management of Las Vegas Spur will support them. We will always do our best to protect our employees and patrons against such actions as the safety, comfort and dignity of our employees and customers remains our main priority."

SABC TV and radio presenter Samora Mangesi stopped to help people whose car had broken down, but was called a 'monkey' and beaten up instead.
News
2 years ago
Next Article