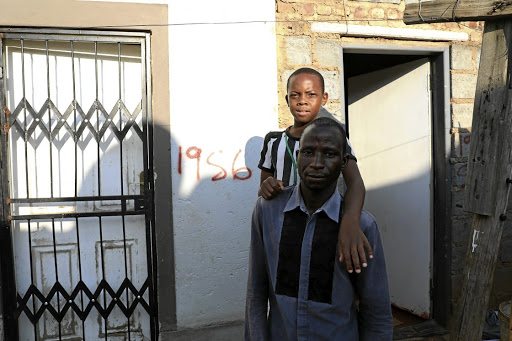 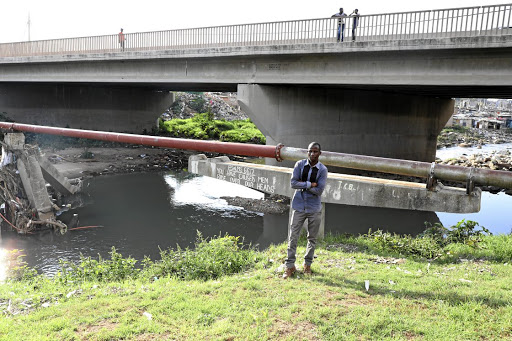 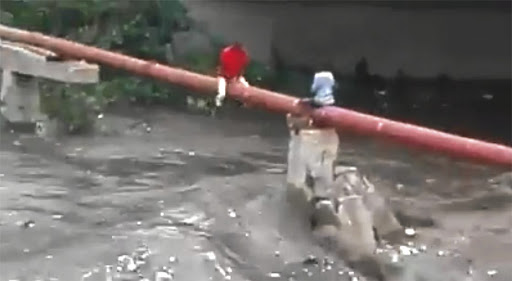 The heart-wrenching cries of a 10-year-old boy moved Vincent Cosa, 37, to risk his own life to deliver the distressed child to safety.

Cosa won the hearts of South Africans after a video of him saving Mpilo Ngubane of Alexandra township from the raging waters of the Jukskei River went viral on social media.

Mpilo was apparently trying to cross the river by crawling across a water pipe just below the bridge when he was trapped in the flooded river.

Yesterday, Cosa said he was on his way from helping out residents who recently lost their shacks after a fire broke out in the area when he heard a commotion near the bridge.

"I wanted to help when I saw that child trapped in the water. It was like seeing one of my own children in trouble. I could see that I was taking a big risk and that I could also die but I decided to do it anyway. God gave me strength and I saved him," he said.

Cosa said he could hear Mpilo crying loudly as he approached the pipe. The strong current was flowing below the bridge and Cosa had to move carefully on the slippery pipe.

In the video that has gone viral on social media, a man is seen saving a child. South Africans on Social Media are calling for the man who rescued the child from the Jukskei River to be hailed a hero.

"When I got to him I held him and turned him to face the other direction. I instructed him to hold on to me and I started moving towards the grassy area," Cosa said.

He said people observing from the bridge cheered him on as many had been afraid to rescue the boy.

The father of four from Mozambique who lives in a shack just below the bridge said he never expected to become a hero overnight.

"I'm happy that I could save this child's life," he said.

Mpilo, who is in grade 5, vowed to never cross the river by the pipe. "I was very scared. We use the pipe instead of the bridge as a short cut but I will never do it again."

Mpilo's mother Sibongile Ngubane said she was grateful to Cosa for saving her son's life.

"I was so shocked when I saw that video. I told Mpilo to stay away from that pipe and to use the bridge." She said something must be done to create awareness as children played next to the river.

MEC for community safety Sizakele Nkosi-Malobane who visited the area yesterday said the nation was touched by Cosa's display of bravery.

"South Africa as a whole is excited about him," she said.

Search for bodies resumes after six children swept away by river

Six children died earlier this week after they were swept away while trying to cross the Freystata River in Mount Fletcher, said Eastern Cape police.
News
3 years ago

A Durban family is feeling anything but blue after a 10-day search for their beloved family pet had a happy ending.
News
3 years ago
Next Article