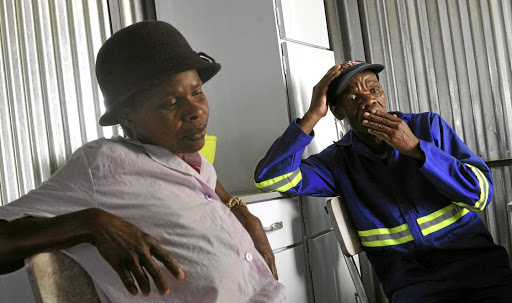 Matlhomola Mosweu's father Saki Dingake left court a disappointed and hurt man after two men convicted for his son's killing were not given life sentences.

The pair was found guilty of murder, kidnapping, intimidation, theft and pointing of a firearm.

Dingake said the sentence was not enough.

"I was thinking that it will be a longer sentence, but it did not happen, so that hurts me," he said.

"But I will try to move on so that my son can rest in peace.

"I am always thinking too much, especially about Matlhomola. His death was not an acceptable one. It was not from God, it was deliberate. I still repeat that the sentence was too lenient."

Mosweu's mother, Agnes, was also not satisfied with the sentence but she said she was relieved the pair would be behind bars.

"I will finally be able to sleep at night knowing that the people who killed my son are locked up," she said.

"I feel nothing for them [Shutte and Doorewaard] they are still alive but my son is dead."

Stanley Mnyakama, the man who spent four days looking for Mosweu's parents with his picture after he was killed, also said the sentence was lenient. Mosweu's death sparked violence and racial tension in Coligny in 2017 after he was killed for allegedly stealing sunflower heads.

The sole witness on the case Bonakele Pakisi, who has repeatedly said his life was threatened for testifying against the men, said he hoped now people would stop hating him. 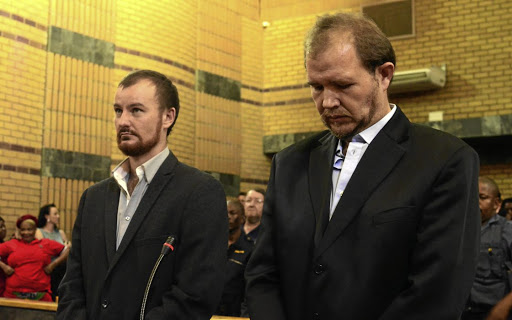 Pakisi has been accused of lying under oath in his testimony against Shutte and Doorewaard. This was after a recording emerged where he allegedly confessed to pastor Paul Murule about framing the pair.

But Judge Ronald Hendricks said Pakisi's version was accepted by the court as having been honest, truthful and reliable.

"After the deceased was apprehended he was thrown, head first from the van by Doorewaard," said Hendricks.

"There was no direct intention to kill the deceased but the accused must have foreseen an impact or saw the possibility by throwing his head first from the van may result in his death and acted recklessly with regards to the ensuing consequences."

The killing of a Coligny teenager Matlhomola Mosweu by two farmworkers has been described as brutal, savage, horrible and barbaric.
News
3 years ago
Next Article