Female drunk drivers on the rise in Joburg 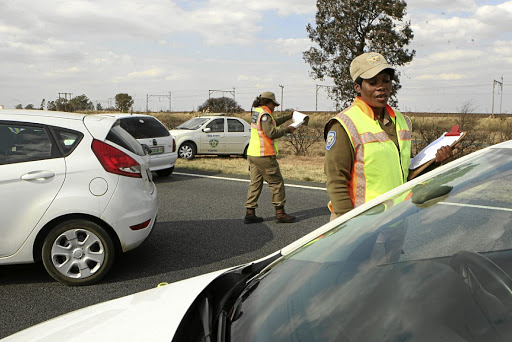 Joburg mayor Herman Mashaba says metro police are working hard to increase the levels of safety within the communities and on the roads.
Image: MOHAU MOFOKENG

At least 557 drunk drivers were arrested in Johannesburg by the metro police in January alone, with a new trend appearing now of more women motorists being nabbed for driving under the influence.

Mashaba said metro police were working hard to increase the levels of safety within the city's communities and on the roads, noting that "with 557 arrests [made] in January, driving under the influence still remains a concern, with female drunk drivers on the rise compared to past operations".

The statistics showed that region E, which includes affluent Sandton and indigent Alexandra, registered more arrests at 117, with Soweto and region F, which includes student flatland Braamfontein, coming close with 87 arrests each.

A video of a car crash in what looks like a street race has surfaced on social media.
News
3 years ago

An off-duty policeman was arrested on Saturday after colliding with cyclists riding on the road from Klerksdorp to Orkney.
News
3 years ago

Drunk drivers to be jailed without blood test

Breathalyser readings taken on the spot will be used in evidence in court instead of blood tests, says transport minister.
News
3 years ago

More than 180 drunk drivers in Durban have been arrested since the start of December - and police have warned that their crackdown will continue.
News
3 years ago
Next Article