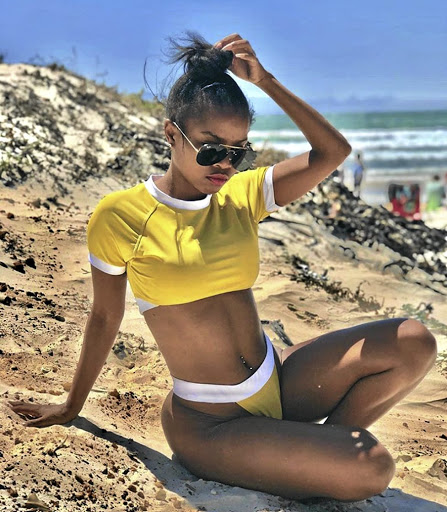 Khanya Mkangisa got the taste of a holding cell after a hit-and-run chase in Joburg.

TV presenter and actress Khanya Mkangisa spent a night in jail after she was arrested following a high- speed car chase drama in the streets of Joburg.

The Randburg police finally cornered Mkangisa, who made her debut as Akhona on Mzansi Magic's telenovela The Queen this week, and charge her with failing to stop after an accident.

Her hit-and-run incident started after she allegedly bumped another car in Bryanston on Sunday.

Mkangisa tried to vanish from the scene but she became bewildered noticing that the cops were giving chase. After her arrest, she spent the Sunday night behind bars and was released on Monday after she had appeared in the Randburg magistrate's court.

However, the 30-year-old actress denied the allegations against her, saying "the story is completely false".

Police spokesperson Lungelo Dlamini confirmed that a case of hit-and-run as a result of an accident was opened against Mkangisa in Randburg.

Dlamini said Mkangisa was arrested and released after spending a night in custody after the police had discussed the matter with the National Prosecuting Authority in the Randburg magistrates' court.

He said the docket was still being reviewed by the prosecutor.

According to police records seen by Sunday World, this was not the first time Mkangisa was accused of breaking the law while behind the wheel.

She was arrested by the Sandringham police for driving under the influence of alcohol in 2009. The sultry actress was nabbed by Parkview police officers for a similar charge a year later.