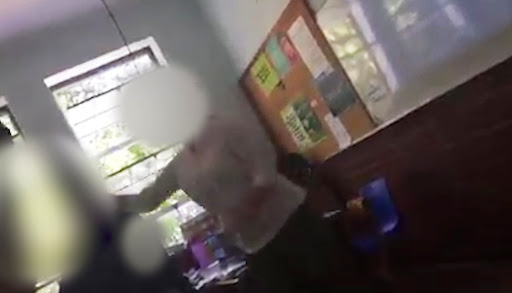 The South African Teacher’s Union (SAOU) has come out in support of a teacher who slapped a pupil during a fracas at Sans Souci Girls' High School in Cape Town.

The teacher and pupil were suspended pending disciplinary hearings after the incident at the school in Newlands.

Chris Klopper‚ CEO of the union‚ said: “We support our member and her labour rights. However‚ should the matter require that the teacher needs representation in either a disciplinary or criminal process the SAOU will undertake that representation if permitted to do so.

“A legal team has already been appointed in this regard.”

Anele Mdoda: It's not a teacher's job to teach your child manners

The teacher is a member of the union but is employed by the school’s governing body and‚ as a result‚ the incident will be dealt with by the governing body.

“In the meantime‚ the SAOU urges all concerned to see the incident in context and to avoid exacerbating the situation by sensationalising 'the story' – this can only impact negatively on both the learners and education in general‚” Klopper said in a statement.

A video of the argument at the school went viral. Jessica Shelver‚ spokesperson for Western Cape education MEC Debbie Schäfer‚ said earlier that pupils and teachers at Sans Souci had been offered counselling. The school was investigating programmes to help teachers with "management of discipline".

In the video‚ the teacher can be seen and heard embroiled in an argument with the pupil over a book. The teacher grabs the girl’s cellphone from her hands‚ telling her it is against the school’s regulations to have it during class.

Matters quickly escalate as both the teacher and child accuse each other of swearing. The teacher tells the pupil to leave the class‚ but she refuses. The pupil says something inaudible and the teacher replies: "Are you swearing at me? You are speaking a different language in my class!"

The Western Cape education department has launched an investigation after a video showed a teacher slapping a pupil.
News
3 years ago

The teacher and pupil involved in a fracas in a Cape Town high school classroom have been suspended.
News
3 years ago
Next Article