Hundreds of doctors go without pay 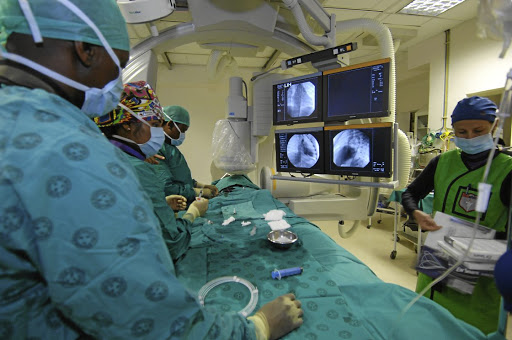 Some unpaid doctors could not afford transport or food. /Judy de Vega

Hundreds of newly appointed doctors in Gauteng are expected to get their January salaries today after a week of uncertainty and financial strife.

According to the South African Medical Association (Sama), 826 incoming doctors were affected when the department failed to pay their January salaries on time.

Other medical professionals, including pharmacists, who are doing their community service, were also affected.

Spokesperson for health MEC Gwen Ramokgopa, Khutso Rabothatha, said there was a delay in processing payments for people in their system. He said the financial process was complex as it also involved other departments, including treasury.

Rabothatha said they were confident people would receive their salaries as promised. He said most doctors would be paid today while others would be paid on Monday. "The main focus is for us to ensure that salaries are paid and that this never happens again."

Rabothatha said most people continued reporting for work despite not getting their salaries while a few were on special leave.

A female intern doctor, who asked not to be named, for fear of victimisation said most people had struggled to pay rent or even buy food.

The Democratic Nursing Organisation of SA (Denosa) has accused the department of health (DOH) of misleading the public about its plans to fill ...
News
3 years ago

"As interns we feel abused. People had to borrow money and debit orders were being rejected. Imagine being in debt on your first month at work," she complained.

Yesterday, Sama board member Dr Rhulani Ngwenya said they were hopeful that the provincial department will pay doctors by today as promised following meetings.

Ngwenya said only 552 people out of 1,378 doctors in the province were paid by January 31 while the rest were expected to receive their January salaries today.

He said some doctors were placed on special leave because they could not afford transport, food and other necessities following the nonpayment of salaries.

"Doctors on the ground have been suffering. We are waiting to see whether the department would keep its promise," Ngwenya said.

He said in one instance, 17 doctors from the same hospital were forced to share R117 among themselves for food.

Ngwenya said Sama had to intervene and offer assistance.

He said they received complaints from other provinces, including the Free State and KwaZulu-Natal, however Gauteng had a shockingly high number.

Ngwenya said the department blamed "delayed processes", however they believe this brought the competence of officials into question.

"They say that this is an essential service but they do not treat it as such," he said.