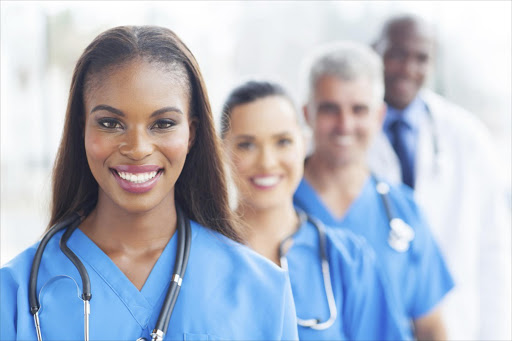 The Democratic Nursing Organisation of SA (Denosa) has accused the department of health (DOH) of misleading the public about its plans to fill nursing vacancies.

Health minister Aaron Motsoaledi announced in December that the DOH would start spending R2bn in January to fill over 15,000 vacancies for doctors, nurses and other public health workers starting this month.

Denosa wants the DOH to say by Friday how many nurses they are going to employ.

The department of health will spend R2bn to fill more than 15‚000 posts for health workers across SA’s public health facilities‚ a move that will ...
News
2 years ago

“So they (the DOH) must tell us in writing, how many people they are saying they can accommodate and what about the rest,” Lekhoathi said.

Lekhoathi said the DOH did not have enough money to fill vacancies, particularly in Gauteng and KwaZulu-Natal which had the most vacancies.

Lekhoathi questioned why the DOH was training nurses it could not employ and how it was spending the R50bn announced by President Cyril Ramaphosa last year as part of an economic stimulus and recovery plan.

According to a service-level agreement between nursing students and the DOH, the DOH pays for nurses’ training and in return they work for the DOH for a period of time.

Lekhoathi said: “Now the department is saying no, they are prepared to release the students. The students don’t have to owe them money and then they are free agents. The agreement clearly states that the students, upon completion [of training and community service], will have to pay back the time.”

He said nurses would struggle to find jobs and private sector hospitals might not hire them because they train and place their own nurses.

Denosa in KwaZulu-Natal said in a statement on Sunday it would sue the provincial health department after not hiring nurses who had finished their community service on a full-time basis.

“This year, the department has not hired a single nurse out of the hundreds of the nurses, who are fully qualified as nurses, despite the dire shortage in health facilities around the province,” Denosa KZN provincial secretary Mandla Shabangu said.

“If it chooses not to employ them, it must know that it will have to release the nurses from their obligation to pay the department for funding their studies and will forfeit the service of hundreds of nurses.”

Denosa gave the provincial health department until January 11 to say what they were going to do.

The DOH did not respond to questions about the placing of nurses.