Bosasa wanted me to be unethical but I said no: PR boss Stephen Laufer 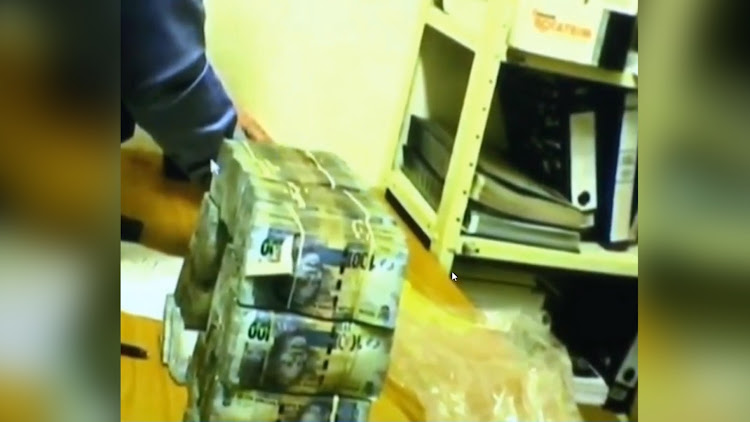 Dramatic footage of cash being counted in the vault of Bosasa was shown at the state capture inquiry in Parktown on January 17 2019.
Image: MultimediaLIVE/Screenshot

Media relations manager Stephen Laufer said he drew the line and cut ties with Bosasa after he was asked to undertake "unethical activities" directed at specific journalists in 2007.

In a short statement on Monday following former Bosasa executive Angelo Agrizzi's testimony at the state capture inquiry, Laufer said the company approached him to help them with media relations in 2006.

Agrizzi said Laufer was employed to discredit journalists who were writing negative stories about Bosasa, and also of buying "burner phones" and using them to threaten journalists. Laufer denied these allegations.

"As is the case with the many dozens of other companies and institutions I have supported with communications advice since 2001, I drafted a media strategy aimed at showcasing the company's activities and successes," Laufer said.

"I was clear from day one in my discussions with senior Bosasa executives, including particularly Angelo Agrizzi, that I was not available for any work which was either illegitimate, illegal, or underhand. I would only assist the company for as long as the task was to portray it in as positive a light as possible based on the facts of its work.

"I was open to all of my many journalistic contacts that Bosasa was a client in the same way as I have never hidden the names of other clients from any media representative. The relationship with Bosasa ended in late 2007. I drew the line when I was asked to undertake what for me were clearly unethical activities directed against specific journalists named by Agrizzi," his statement continued.

Laufer said he fired Bosasa as a client thereafter and would be "very happy" to make himself available to the state capture inquiry.

In his testimony, Agrizzi alleged that Bosasa employed Benedicta Dube and Stephen Laufer "on a strategic level" as media consultants.

"It was to get rid of negative publicity and also to discredit the journalists that were writing that type of article. There was an in-depth report done on various journalists as well as a spider diagram on their links to the Stellenbosch mafia crowd. And there was basically a campaign to discredit them. If anybody came up against Bosasa they would be threatened," Agrizzi said.

"Money would be used. [Dube and Laufer] would buy burner phones, 30 or 40 burner phones. They would purchase these phones ... phone them (journalists) all hours of the night and day and threaten them. I wasn't involved directly with it, but I recall getting a phone call from [Ferial Haffajee] regarding the attacks on [Adriaan Basson]."