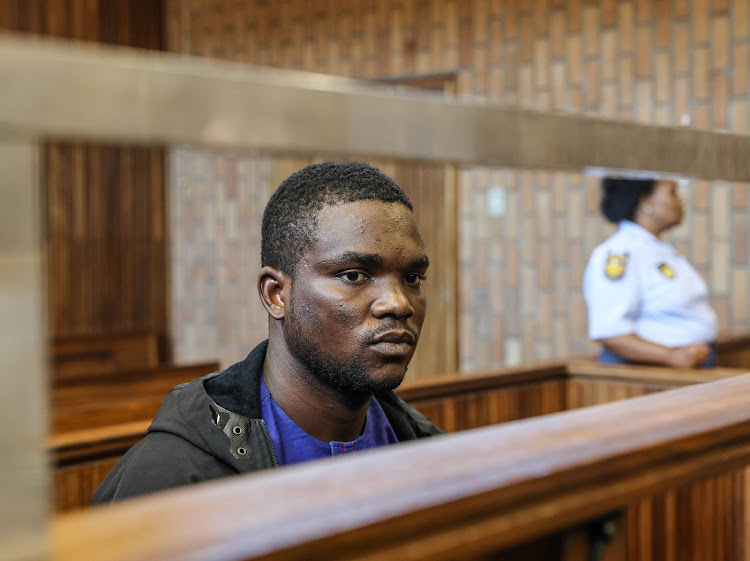 Suspected Nigerian "pirate' syndicate boss Itoruboemi Benson Lobia who is facing extradition to the Netherlands to face prosecution for the alleged kidnapping of the crew of the Dutch cargo ship FWN Rapide in April 2018.
Image: Simphiwe Nkwali

A man suspected of being the head of a Nigerian pirate syndicate will likely be heading to the Netherlands for prosecution, after the Kempton Park Magistrate’s Court on Friday ruled in favour of his extradition.

Itoruboemi Benson Lobia was captured by SA’s Interpol branch at OR Tambo International Airport last November, while seemingly fleeing to Mauritius following his most recent attack.

The crew of the Dutch cargo ship FWN Rapide was kidnapped in April 2018 while travelling between Ghana and Nigeria, held hostage for three weeks before being released following an intensive negotiation process. 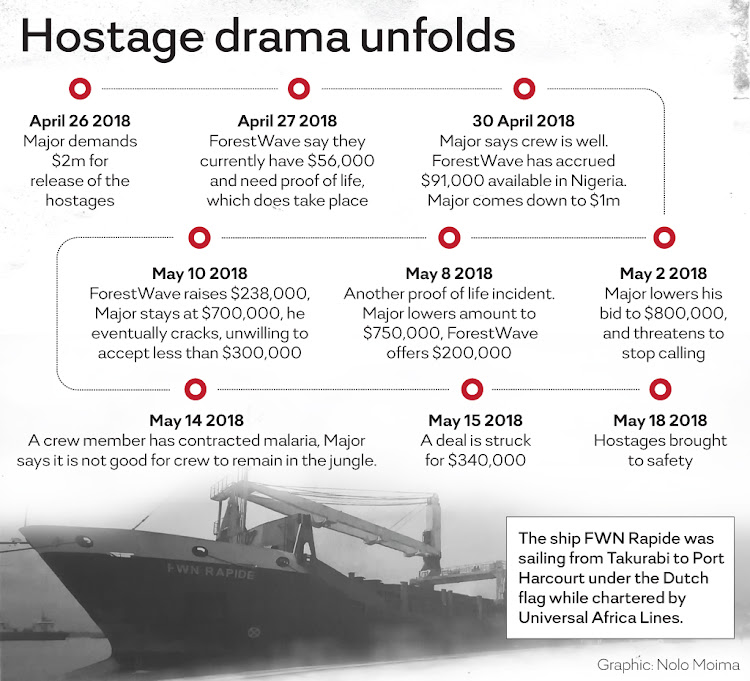 The Dutch government has insisted Lobia was the leader of the pirate group, and suspects he may have also been responsible for other similar attacks and running a syndicate with international connections.

Throughout his extradition proceedings, Lobia has claimed the authorities have the wrong man, this week insisting he is actually in the employ of the Nigerian army. Lobia said he was hired as a ships security officer, in charge of protecting the Nigerian waterways, and that the army had hired him as a consultant.

He also claimed he was not fleeing to Mauritius, instead meeting a security contact there who had offered him a job. Lobia believed the contact’s insistence that they meet in person in Mauritius was part of an elaborate plot by authorities to set him up as the leader of the pirates who kidnapped the FWN Rapide crew.

Nigeria’s president suspended the country’s most senior judge on Friday, weeks ahead of an election in which the judiciary could play an important ...
News
2 years ago

However, on Friday morning, magistrate William Schutte said it was not up to his court to determine if Lobia was guilty of his maritime crimes, simply to determine if the Dutch government did indeed have enough evidence to prosecute him. “Extradition proceedings are not a criminal trial, and aren’t concerned with determining guilt or innocence,” he said in his ruling.

He noted that the Dutch government had sent a series of authenticated documents, including a forensic report that consisted of witness statements from the Rapide’s crew, and the investigators looking into the case. He also noted that Lobia’s defence team had never disputed the documents’ authenticity, and that his only defence had been that he was not the man authorities were looking for.

He referred to the Rapide witness statements that had described the pirate leader, and noticed how these descriptions accurately portrayed the man in court, including his height, his one pierced ear, his complexion and estimated age. “The remarkable similarities between his appearance and the witnesses’ descriptions is an inconvenient truth (for Lobia),” he said.

Because of these factors, he ruled that Lobia should be extradited.

However, the magistrate did inform Lobia that he had 15 days to lodge an appeal against the ruling. In the absence of such an appeal, it will be up to justice minister Michael Masutha to sign off on the extradition and send Lobia directly to the Netherlands.