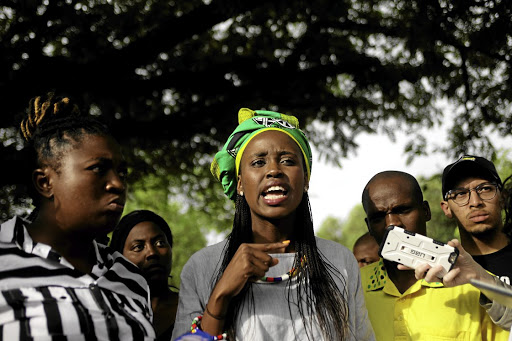 Former #FeesMustFall activist Nompendulo "Ulo" Mkatshwa will likely make it to parliament after elections as her name appears in the top 50 of the ANC's national list.

Sowetan can reveal that Mkatshwa, 25, is among top ANC members who will be deployed to parliament, subject to her making it through the party's vetting process. Mkatshwa, who became known during Wits's FeesMustFall protests in 2015, was regarded as the movement's foremost leader, which included her SRC predecessors Shaeera Kalla and Mcebo Dlamini.

Earlier this year, acting ANC spokesperson Zizi Kodwa said candidates who made it to the 200 list will be submitted to the IEC by the end of January after the NEC gives the approval.

Sowetan understands that the party is yet to complete the vetting process of its members.

Mkatshwa holds a BSc in geography from Wits and is furthering her studies.