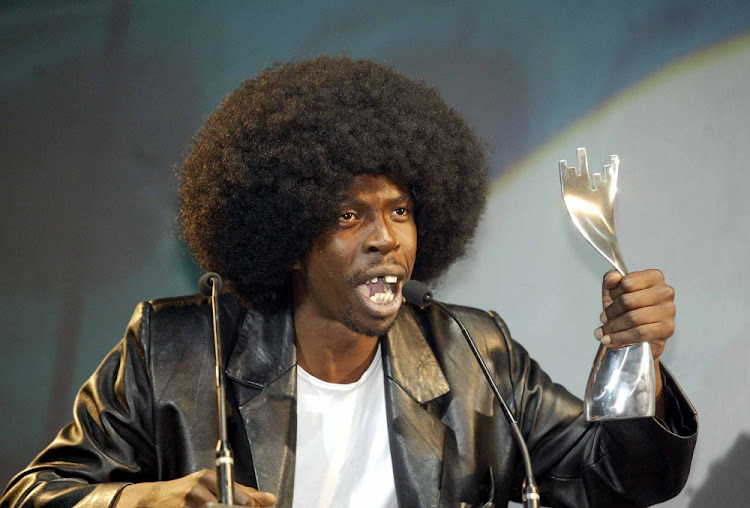 Well-known hip hop artist ‘Pitch Black Afro’ has been arrested in connection with the death of his wife.

The rapper whose real name is Thulani Ngcobo became a household name in the early 2000’s after becoming known for performing hit songs such as ‘izandla phezulu’ in an afro wig. In recent years he had disappeared from the limelight.

According to a reliable source, Ngcobo phoned the police after his wife died in a Bed and Breakfast in Yeoville, Johannesburg and preliminary investigations found that she had died of natural causes and an inquest docket was opened.

However the pathologist leading the case later found that she had died from unnatural causes and a murder investigation was subsequently opened.

“There was an inquest opened but we changed that to murder. The suspect is being detained at Yeoville Police Station and will be appearing at the Hillbrow Magistrate’s court tomorrow,” Colonel Lungelo Dlamini confirmed on Wednesday.