Police say the cop they shot dead fired at them first 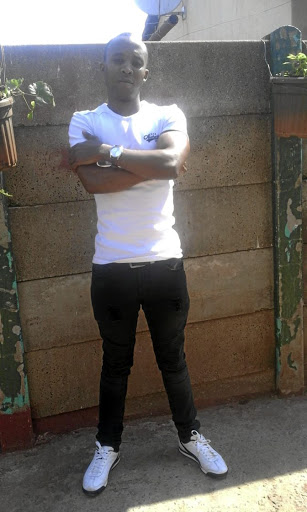 When Phaphama Gobozi was woken up by gunshots in the early hours of the morning, she had no idea they were aimed at her lover.

At about 2am on December 18, she woke up to the noise, but went back to sleep.

Gobozi, 28, of Thokoza, Ekurhuleni, later discovered that her boyfriend and father of her two children, police officer Andile Fuzani, had been killed.

Sowetan reported shortly after his death that Fuzani, who was off duty, was allegedly killed execution-style after he had discharged a firearm while trying to recover his brother's stolen cellphone.

Witnesses told Sowetan that Fuzani had gone to a house looking for a man accused of stealing his brother's cellphone and fired a warning shot. People who fled from the house came across a police van, which had two police officers who chased after Fuzani on foot.

Speaking to Sowetan this week, Gobozi said the night before the shooting, Fuzani had a neighbour's keys which he was supposed to give to a young man who was to look after the neighbour's house.

Fuzani had, on several occasions, called the young man and he did not pick up his phone, Gobozi said.

An off-duty police officer was allegedly killed, execution-style, by two fellow policemen in Thokoza on the East Rand after he had discharged his ...
News
2 years ago

Police in Thokoza in Ekurhuleni shot dead one of their own who had allegedly attempted to rob a number of people of their cellphones in the early ...
News
2 years ago

Around 10pm, Fuzani went with a young acquaintance to the neighbour's house to see if the young man who was supposed to get the keys could by any chance be there.

Gobozi fell asleep only to be woken up by the sound of gunfire in the area about four hours later.

She tried to reach Fuzani on his phone. "I called him and his phone went straight to voicemail. There were gunshots afterwards ... but I fell asleep again."

Gobozi woke up at 5am and went to the house Fuzani had gone to, and was told he had left the house the night before.

She only realised that something may have happened to Fuzani when members of the community policing forum (CPF) arrived at her place.

The CPF members then took her to the cordoned off crime scene where what seemed like a dead body lay covered. Her landlord, who accompanied her to the scene, broke the news that it was Fuzani's body that lay motionless there.

According to the Independent Police Investigative Directorate (Ipid), which is investigating Fuzani's death, two police officers were patrolling when two men called in their direction, saying they had been robbed. When the police rushed over, they saw a man carrying a firearm and pursued him. The man allegedly started firing at the police.

The Ipid said the officers fired a warning shot and the man ran into a house. They pursued him and he fired at them again and they returned fire and killed him.

However, Gobozi does not believe Fuzani could be involved in a robbery.

"He was not that kind of person. If he was a criminal they should have captured him and arrested him. But they did not do that, they killed him."