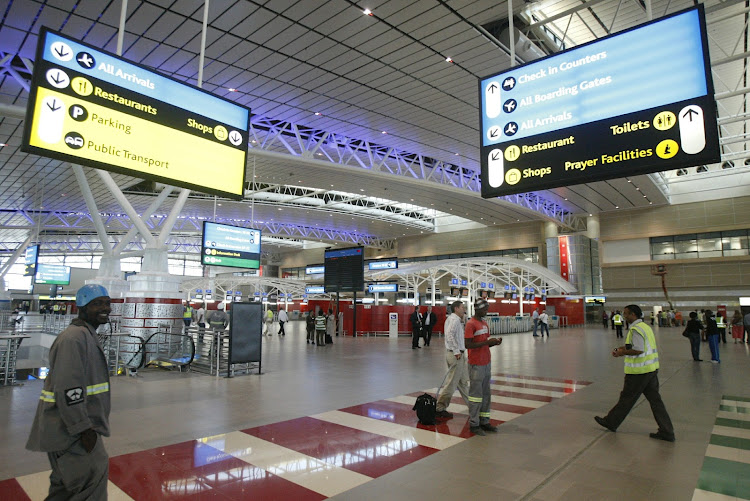 A cat that lived at the King Shaka International Airport was shot dead by a cop.
Image: Antonio Muchave

A much-loved ginger cat called Boy‚ who had lived at Durban’s King Shaka International Airport with his brother for more than five years‚ was shot dead by an on-duty police officer in the early hours of December 31 2018.

Brigadier Vishnu Naidoo‚ spokesman for the national police commissioner‚ said: “Yes‚ a cat was shot in what is reported to be an ‘accidental shooting’. The incident‚ as well as the member involved‚ are being investigated.”

He said the charges under investigation were negligent discharge of a firearm and killing of an animal‚ in terms of the Animal Protection Act.

Witness‚ cab driver Teddy Uganarian‚ who was one of several people who had been feeding the two neutered males in the mornings and evenings‚ said the cats had‚ as was usual‚ emerged from the bush near the taxi parking lot when he got there at about 5.30am on New’s Years Eve.

“They would see me and come to me. I had fed them and they were on the pavement next to me when the policeman approached and shot Boy.

“He was with two colleagues. I was dumbstruck.

“Boy was in pain and turning in circles. I swore at him [the policeman]. A few minutes later Boy just went still.”

He said the incident had been captured on CCTV and the policeman’s colleagues had appeared horrified.

Boy’s body was later placed in a packet and “crime scene” tape was erected.

Three greyhounds were rescued on Boxing Day from severe dehydration after being transported in the back of a bakkie, covered by a tarpaulin, during ...
News
3 years ago

Uganarian said the colonel in charge at the airport had taken statements.

“Justice must prevail because of what was done. I am so traumatised.

“Everyone knew and loved those cats... the Emirates staff would play with them and the Woolworths staff knew me well because I would go in to buy tuna for them.”

Boy’s brother‚ Snowy‚ has been taken to Nine Lives Cat Sanctuary in Waterfall‚ home to about 150 cats‚ which was set up by Andre Stokes.

Stokes said he had spoken to the commander of the unit‚ who confirmed that one of his members had shot the cat and said it was an “embarrassment to the police”.

“He said he wanted to meet with me to explain the circumstances and we scheduled for Monday (January 7 2019).”