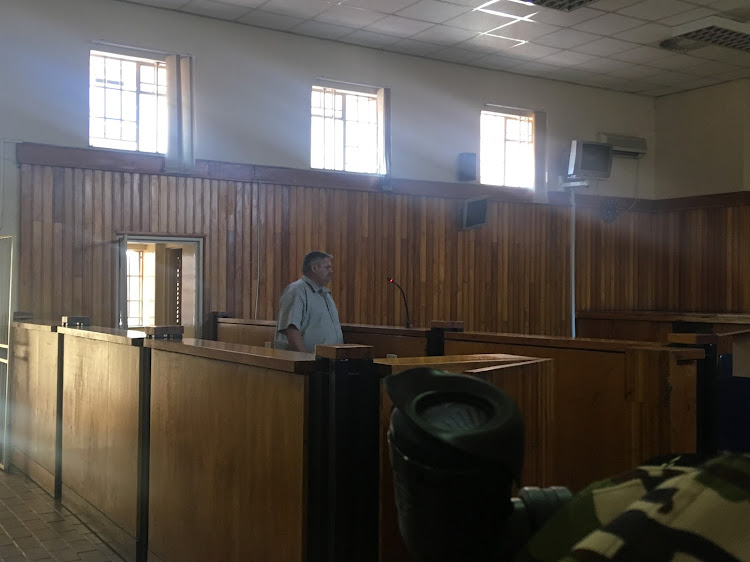 The bail application of a Mpumalanga farmer accused of fatally shooting an 18-year-old schoolboy who was looking for a job have been stopped as community members went wild saying the magistrate on the case was hard on them because the accused is white.

Sarel Du Plessis, 41, accused of shooting and killing Anele Ziko accusing him and his two friends of stealing litchis appeared in the Tonga magistrate's court near Malalane on Wednesday.

Community members went wild after magistrate Neku told them that she cannot continue as people are standing.

When Du Plessis was starting proceedings to apply for bail, Neku had to about twice stop proceedings and asked the police officers in court to make people sit down.

An 18-year-old boy died after he was allegedly shot by a farmer who suspected him of stealing his litchis.
News
3 years ago

Du Plessis was not asked to plead on one count of murder, two counts of attempted murder and one with assault with intention to cause frivolous body harm.

However though a statement read by his lawyer in court, Du Plessis said: “I intend to plead not guilt on the charges against me.”

According to the police, Du Plessis fired more than 10 rounds after seeing the boys on his farm last week, and one bullet hit  Ziko at the back. H died in a local clinic.

Tonga police spokesperson captain Magonseni Nkosi told Sowetan that after firing the shots and hitting Ziko at the back, one of the boys managed to run away while the other remained at the scene and he was badly assaulted.

Ziko’s mother, Flora Khoza told Sowetan that her son and the friends were going to look for part time jobs at Du Plessis' and other  neighbouring farms when they were shot at.

“It’s hard to bear the pain; we are poor here at home and we didn’t have money for things for Christmas. So, as the norm when schools are closed, our children in this village go to the farms to look for piece jobs to have money for new clothes and whatever they want for Christmas. But this time my son was shot dead just for going next to the farm looking for a job.

"He was with his two friends when all this happened and I was called to the clinic where I found him dead with a bullet wound in his back,” said Khoza.

The bail application was postponed to Thursday.

"She is black and trying to protect a white man who killed a black child."

Earlier, there was a white man here as a magistrate we stood up as the court is small but now we have a black magistrate and we are told to either go out or find a place to seat where there’s none,” said community members shouting.

They started singing and chanting inside the court room.  Some called for Neku to be taken off the case.

“We can’t have her as a magistrate on this case; just today only is a sign that she cannot be trusted to be fair on this case. How can you want to chase the community out," asked Thabo Shongwe, a community member, outside the court.

The community members have promised to fill the court again when Du Plessis applies for bail on Thursday.